“We are very pleased to see the third quarter of 2020 turning profitable for Seanergy following one of the worst six-month periods in recent history of our market. The Capesize daily rates improved significantly compared to the historically low first half of the year and that was reflected in the operating performance of our fleet. Our TCE for the third quarter was $16,219, improved by 132% from $6,985 in the first six months of 2020. The main factors behind the recent rate improvement were the increased demand for iron ore in China and the continued recovery in Brazilian exports. Our commercial performance in the fourth quarter tracks the BCI index which has averaged at approximately $20,500 quarter-to-date.

Despite the global short-term uncertainties, we expect this positive trend to continue in the long run, given the increasing demand of commodities combined with the lowest Capesize newbuilding orderbook of the last 15 years. Seanergy is the only pure-play Capesize company publicly listed in the US and is well-positioned to capitalize on positive market fundamentals. Our balanced commercial approach between index-linked time-charters and spot market exposure and our improved balance sheet offer a strong competitive advantage.

The COVID-19 global pandemic has affected the shipping industry and the seafarers onboard our vessels as port restrictions imposed globally have posed challenges on the timing and efficacy of crew changes. Through our meticulous planning we have been able to source solutions for our crew members despite the global travel restrictions. Our focus continues to be to safeguard the well-being of our onshore employees and crew members, avoid disruptions in the day-to-day vessel operations and service our clients efficiently.

In light of volatile market conditions, we took actions during the first nine months of 2020 to preserve our liquidity and strengthen our balance sheet. As a result of these actions, vessel-secured debt has seen an impressive reduction of $23 million since the end of 2019, while our trade credit position has improved by approximately $11.2 million in the same period. Further to the normal amortization of our senior facilities which was met in full, the reduction in our third-party debt was supported by the refinancing of two vessels at a discount, which resulted in a $5.2 million gain. We remain in discussions with our lenders regarding our loan facilities expiring in 2020, and have received positive feedback from our senior lenders to date, as described further in this release.

Furthermore, within the third quarter of 2020, we have taken delivery of our eleventh Capesize vessel, a 2005 built Japanese unit, which we agreed to acquire in the second quarter of the year at what we believe to be a historical low price. Despite the challenges faced globally in shipping, the delivery was concluded successfully during a rising market.

Concluding, despite the challenging operating environment imposed by the evolving pandemic, we have managed to strongly position Seanergy in a prominent position for what we believe will be a strong market rebound in the post COVID-19 era. Our strategic targets of sustainable growth and capital structure improvement, as means to achieve improved returns for our shareholders, continue to be in the foreground of all our initiatives.”

(In thousands of U.S. Dollars, except ownership days and Daily Vessel Operating Expenses)

Earnings Before Interest, Taxes, Depreciation and Amortization ("EBITDA") represents the sum of net income / (loss), interest and finance costs, interest income, depreciation and amortization and, if any, income taxes during a period. EBITDA is not a recognized measurement under U.S. GAAP. Adjusted EBITDA represents EBITDA adjusted to exclude the non-recurring gain on debt refinancing, which the Company believes is not indicative of the ongoing performance of its core operations.

EBITDA and adjusted EBITDA are presented as we believe that these measures are useful to investors as a widely used means of evaluating operating profitability. EBITDA and adjusted EBITDA as presented here may not be comparable to similarly titled measures presented by other companies. These non-GAAP measures should not be considered in isolation from, as a substitute for, or superior to, financial measures prepared in accordance with U.S. GAAP.

(In thousands of U.S. Dollars)

In August 2020, the Company took delivery of the M/V Goodship, a 2005, Japanese built Capesize vessel, acquired in May 2020 from an unaffiliated third party for a gross purchase price of $11.4 million. The acquisition was funded with cash on hand, as sourced through its equity capital raising activities in 2020.

In July 2020, the Company completed a refinancing transaction of a loan facility secured by the M/V Gloriuship and M/V Geniuship, that was originally entered into in September 2015, at a discount. As a result of this refinancing the Company recognized a $5.2 million gain.

The new loan of $22.5 million was provided by certain nominees of EnTrust Global as lenders for the purpose of partly refinancing the settlement amount of $23.5 million under the loan facility originally entered into in September 2015. The new facility was fully drawn on July 16, 2020.

On August 20, 2020, Seanergy completed an underwritten public offering of units consisting of (i) one common share (or one pre-funded warrant in lieu of one common share) and (ii) one Class E warrant to purchase one common share. The gross proceeds of the offering, including the subsequent partial exercise of the overallotment option granted to the underwriters, were approximately $26.8 million, resulting in net proceeds of approximately $24.9 million, after deducting underwriting discounts and commissions and offering expenses payable by Seanergy.

In recent months, the Company has engaged in productive discussions with UniCredit Bank AG (“UniCredit”) and Amsterdam Trade Bank N.V. (“ATB”) to extend the maturity of the UniCredit facility, which currently expires in December 2020, and to relax certain financial covenants and reduce principal installments. On September 29, 2020, Seanergy received approvals from UniCredit and ATB concerning such terms.

The Company has also been engaged in extensive parallel discussions with Jelco Delta Holding Corp. (“Jelco”), a related-party entity, to agree on a comprehensive restructuring of its various subordinated or unsecured debt instruments, including the settlement of accrued and unpaid interest for the first nine months of the year. In the context of these discussions, Jelco had waived the Company’s obligations, including payment obligations upon maturity of two loan facilities with original maturity dates of June 30, 2020 and September 27, 2020, and interest payment obligations totaling approximately $16.0 million, for a period which expired on November 13, 2020.

Although discussions are ongoing, the Company has not been able to reach a mutual agreement with Jelco to date. Upon the expiration of the waiver period on November 13, 2020, the aforementioned obligations became due and payable. This related party debt event has triggered cross-default provisions in the Company’s remaining credit facilities and sale and leaseback agreements. However, the Company is in active dialogue with its senior lenders and does not expect that they will pursue any remedies while discussions are ongoing and as the Company continues making installment payments on all its senior loan facilities timely and in full. In contrast with the Company’s senior loans, which are secured by its vessels, the Jelco facilities do not represent senior secured obligations of the Company and have limited remedy rights. The Company intends to continue engaging with its senior lenders and with Jelco seeking a solution acceptable to all parties which will be to the best interest of the Company and its shareholders.

Update on Stock Purchases by the CEO

As of today, the Company’s Chairman and Chief Executive Officer, Mr. Stamatis Tsantanis, has purchased 300,000 of Seanergy’s common shares in accordance with the previously announced plan for open-market purchases by Mr. Tsantanis. Further purchases will be announced in subsequent updates.

The 2020 Annual Meeting of Shareholders was held on November 16, 2020. At the meeting, the following proposals were approved and adopted:

Seanergy Maritime Holdings Corp. is the only pure-play Capesize ship-owner publicly listed in the US. Seanergy provides marine dry bulk transportation services through a fleet of 11 Capesize vessels with an average age of about 12 years and aggregate cargo carrying capacity of approximately 1,926,117 dwt.  The Company is incorporated in the Marshall Islands and has executive offices in Athens, Greece. The Company's common shares trade on the Nasdaq Capital Market under the symbol "SHIP", its Class A warrants under "SHIPW" and its Class B warrants under “SHIPZ”.

This press release contains forward-looking statements (as defined in Section 27A of the Securities Act of 1933, as amended, and Section 21E of the Securities Exchange Act of 1934, as amended) concerning future events. Words such as "may", "should", "expects", "intends", "plans", "believes", "anticipates", "hopes", "estimates" and variations of such words and similar expressions are intended to identify forward-looking statements. These statements involve known and unknown risks and are based upon a number of assumptions and estimates, which are inherently subject to significant uncertainties and contingencies, many of which are beyond the control of the Company. Actual results may differ materially from those expressed or implied by such forward-looking statements. Factors that could cause actual results to differ materially include, but are not limited to, the Company's operating or financial results; the Company's ability to continue as a going concern; the Company’s liquidity, including its ability to service its indebtedness; competitive factors in the market in which the Company operates; shipping industry trends, including charter rates, vessel values and factors affecting vessel supply and demand; future, pending or recent acquisitions and dispositions, business strategy, areas of possible expansion or contraction, and expected capital spending or operating expenses; risks associated with operations outside the United States; and other factors listed from time to time in the Company's filings with the SEC,  its most recent annual report on Form 20-F. The Company's filings can be obtained free of charge on the SEC's website at www.sec.gov. Except to the extent required by law, the Company expressly disclaims any obligations or undertaking to release publicly any updates or revisions to any forward-looking statements contained herein to reflect any change in the Company's expectations with respect thereto or any change in events, conditions or circumstances on which any statement is based. 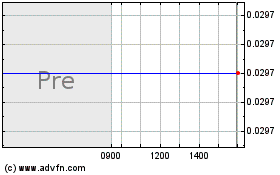