The European Central Bank's efforts to revive growth have spurred a flurry of investment and deal making. One problem is, a bunch of it is happening outside of Europe.

French companies in particular have been aggressive in using the ECB's easy-money policies to snap up foreign competitors and to expand overseas, fleeing anemic growth and high taxes at home. French corporate indebtedness has risen so quickly it has drawn the eye of wary regulators.

French corporations spent around $100 billion on foreign acquisitions in each of the past two years, the highest amount since 2008, according to data provider Dealogic. The U.S. was the No. 1 destination for French outbound deals in four of the past five years. Eighteen U.S. deals have been announced or completed by French companies so far this year.

French drugmaker Sanofi SA made two large purchases last year, including of U.S.-based hemophilia drugmaker Bioverativ Inc. for $11.6 billion. Sanofi had increased its indebtedness to around EUR25 billion ($27.9 billion) by December from EUR14 billion in 2013. It last tapped the bond market in March, selling EUR2 billion in notes at interest rates ranging from 0% to 1.25%.

"Obviously, cost of funding is one of the key elements to take into account for debt-funded acquisitions," a company spokesman said.

Sanofi added that while it has been taking advantage of the low rates, it is able to create enough cash flow, particularly post-acquisition, to repay what it owes.

The ECB's aggressive stimulus policies, in place since 2014, include negative interest rates and a EUR180 billion corporate bond-buying program, which stopped expanding last year but continues to reinvest proceeds from maturing bonds.

French food group Danone SA bought U.S. organic-foods producer WhiteWave Foods for $10.4 billion in 2017. It replaced some U.S. debt outstanding at WhiteWave that was carrying a 5.375% interest for a 1.75%-coupon euro bond, "taking advantage of the current exceptionally attractive hybrid market conditions," it said at the time.

The ECB has purchased the debt of Publicis, Sanofi and Danone, receiving zero or close to zero interest rates on those bonds.

A factor that has held back even greater use of euro debt for overseas purchases is the cost companies pay to convert euros into dollars and hedge interest rate exposure. A derivative used by companies known as a cross-currency basis swap has made it expensive at times to borrow in euros to fund dollar deals.

Sanofi, for instance, also has borrowed in dollars, paying higher rates, but kept the borrowing aligned with revenue it makes in dollars.

France has the biggest number of large, listed corporations in the eurozone, accounting for more than a third of the Euro Stoxx 50 index of leading eurozone stocks. Companies from Germany, Europe's largest economy, tend to be smaller, reliant on bank borrowing -- and more suspicious of debt.

Regulators in France and the ECB are worried that the sharp increase in corporate debt could threaten the region's financial system. The French central bank has twice ordered the country's lenders over the past year to set aside more capital against corporate loans.

French corporate debt has surged -- to more than 143% of gross domestic product, a 27 percentage-point increase since the 2008 financial crisis, according to data from the Bank for International Settlements. That is even as European companies have generally been paying down debt.

"ECB monetary policy is too loose for France and Germany," said Joerg Kraemer, chief economist at Commerzbank in Frankfurt. The one-size-fits-all stimulus has shored up growth in southern Europe but fueled excessive lending in some northern countries, he said.

French firms are also using debt markets to lend more to subsidiaries abroad. Intragroup loans more than doubled to 16.9% of GDP in 2017 from 6.7% in 1999, according to ratings firm Standard & Poor's.

French industrial gas supplier Air Liquide SA had lent EUR15.4 billion to group entities at the end of last year, more than double from 2013. Sizable acquisitions in recent years have made the U.S. its biggest revenue contributor.

The flurry of deals represents a late globalization strategy by French corporations mimicking overseas expansion drives by U.S. and German multinationals in the 1980s and 1990s, respectively, said Sylvain Broyer, an economist for S&P Global Ratings. 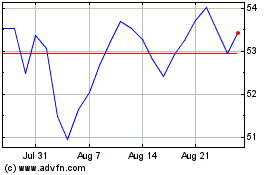 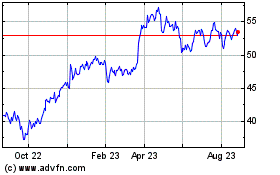 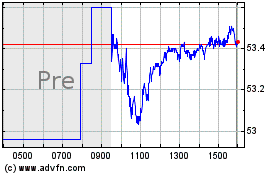