PIXELWORKS, INC.
(Exact name of registrant as specified in its charter)

(Name and telephone number, including area code, of the person to
contact in connection with this report.)

Check the appropriate box to indicate the rule pursuant to which this form is being filed, and provide the period to which the information in this form applies:

Section 1 - Conflict Minerals Disclosure
Item 1.01      Conflict Minerals Disclosure and Report
(a)
This Form SD is being filed pursuant to Rule 13p-1 under the Securities Exchange Act of 1934 (the “Rule”) and is for the reporting period from January 1, 2018 to December 31, 2018. Terms not otherwise defined herein shall have the meanings ascribed to them under Form SD, the Rule and Release No. 34-67716.
The Rule requires disclosure of certain information when a company manufactures or contracts to manufacture products and the minerals specified in the Rule are necessary to the functionality or production of a product manufactured by the company. The specified minerals are columbite-tantalite (coltan), cassiterite, gold, wolframite, or their derivatives, which are limited to tantalum, tin and tungsten (collectively, the “Conflict Minerals”). A company subject to the Rule must conduct a good faith reasonable country of origin inquiry reasonably designed to determine whether any of its conflict minerals originate in the “Covered Countries“ or are from recycled or scrap sources. “Covered Countries” for purposes of the Rule include the Democratic Republic of the Congo or an adjoining country, including the Republic of the Congo, the Central African Republic, South Sudan, Uganda, Rwanda, Burundi, Tanzania, Zambia and Angola.
The Company has determined that certain of its operations manufacture, or contract to manufacture, products, and that Conflict Minerals are necessary to the functionality or production of those products. Specifically, the Company believes that the vast majority of the Company's products sold, contain at least one or more Conflict Minerals.

The Company has adopted a Conflict Minerals Policy stating its commitment to avoid the use of Conflict Minerals and its support of an industry-wide approach to responsible sourcing, including the Electronic Industry Citizenship Coalition and Global e-Sustainability (“EICC/GeSI”) conflict-free sourcing initiative and Conflict Free Smelter (“CFS”) program. The Company’s policy also states its expectation that its suppliers have policies to reasonably assure that Conflict Minerals in the products they supply to the Company are conflict free and to establish their own due diligence program to promote conflict-free supply chains. The Company encourages its suppliers to ensure that all Conflict Minerals used to manufacture products they supply to the Company originate from smelters participating in the CFS program.

SIGNATURE
Pursuant to the requirements of the Securities Exchange Act of 1934, the registrant has duly caused this report to be signed on its behalf by the undersigned hereunto duly authorized. 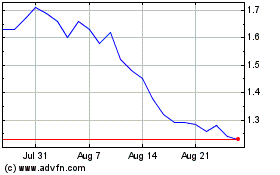 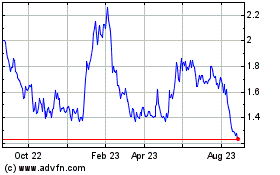 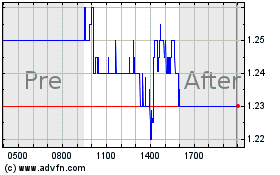