2021 and 2022 Vaccine Manufacturing: Company increased its 2021 supply forecast to between 800 million and 1 billion doses; Company making investments to increase global supply for COVID-19 Vaccine to up to 3 billion doses in 2022

Company plans to initiate rolling submission for BLA in the U.S. this month

“In the first quarter, the Moderna team delivered on its supply commitments to many governments and helped protect more than 100 million people. This accomplishment translated into our first profitable quarter in the company’s history, after 10 years of scientific innovation and several billion dollars invested to make our mRNA platform a reality,” said Stéphane Bancel, Chief Executive Officer of Moderna. “Based on these first quarter accomplishments and our current manufacturing scale-up trajectory, we were pleased to again increase our base plan for 2021 to 800 million doses. The Moderna team and our manufacturing partners are working hard to get as close to 1 billion doses in 2021 as we can. The feedback from governments around the world requesting high-efficacy mRNA vaccines and variant boosters is overwhelming. We are now actively engaged in discussions and agreements for 2022 with all of the governments we are currently supplying for 2021. On top of that, new partnerships, like COVAX, for up to 466 million doses in 2022 and discussions with new governments in Asia, Middle East, Africa and Latin America, make us believe that our total advance purchase agreements for 2022 should be higher than those in 2021.”

New updates and recent progress include:

Moderna currently has 24 mRNA development programs in its portfolio with 14 having entered clinical studies. The Company’s updated pipeline can be found at www.modernatx.com/pipeline. Moderna and collaborators have published more than 65 peer-reviewed papers.

Summary of Program Highlights by Modality

Prophylactic Vaccines: Moderna is developing vaccines against viral diseases where there is unmet medical need – including complex vaccines with multiple antigens for common diseases, as well as vaccines against threats to global public health. The Company’s global public health portfolio is focused on epidemic and pandemic diseases for which funding has been sought from governments and non-profit organizations.

Systemic Secreted & Cell Surface Therapeutics: In this modality, mRNA is delivered systemically to create proteins that are either secreted or expressed on the cell surface.

Cancer Vaccines: These programs focus on stimulating a patient’s immune system with antigens derived from tumor-specific mutations to enable the immune system to elicit a more effective anti-tumor response.

Localized Regenerative Therapeutics: Localized production of proteins has the potential to be used as a regenerative medicine for damaged tissues.

Systemic Intracellular Therapeutics: These programs aim to deliver mRNA into cells within target organs as a therapeutic approach for diseases caused by a missing or defective protein.

Information about each development candidate in Moderna’s pipeline can be found on the investor relations page of its website: investors.modernatx.com.

Moderna is advancing messenger RNA (mRNA) science to create a new class of transformative medicines for patients. mRNA medicines are designed to direct the body’s cells to produce intracellular, membrane or secreted proteins that can have a therapeutic or preventive benefit and have the potential to address a broad spectrum of diseases. Moderna’s platform builds on continuous advances in basic and applied mRNA science, delivery technology and manufacturing, providing the Company the capability to pursue in parallel a robust pipeline of new development candidates. Moderna is developing therapeutics and vaccines for infectious diseases, immuno-oncology, rare diseases, cardiovascular diseases, and autoimmune and inflammatory diseases, independently and with strategic collaborators.

Headquartered in Cambridge, Mass., Moderna currently has strategic alliances for development programs with AstraZeneca PLC and Merck & Co., Inc., as well as the Defense Advanced Research Projects Agency (DARPA), an agency of the U.S. Department of Defense; the Biomedical Advanced Research and Development Authority (BARDA), a division of the Office of the Assistant Secretary for Preparedness and Response (ASPR) within the U.S. Department of Health and Human Services (HHS) and the Coalition for Epidemic Preparedness Innovations (CEPI). Moderna has been named a top biopharmaceutical employer by Science for the past six years. To learn more, visit www.modernatx.com.

Cash used for purchases of property and equipment

This press release contains forward-looking statements within the meaning of the Private Securities Litigation Reform Act of 1995, as amended, including statements regarding: the Company’s development of the Moderna COVID-19 Vaccine (mRNA-1273); the number of doses of the Moderna COVID-19 Vaccine that the Company anticipates being able to manufacture in 2021 and 2022 and on a quarterly basis, and investments to facilitate that manufacturing; the Company’s efforts to continue developing vaccines against COVID-19, including efforts to develop vaccines against variant strains of SARS-CoV-2 and for booster doses, and the anticipated efficacy of those vaccines; the Company’s plans to submit for a Biologics License Application for mRNA-1273; the Company’s plans to share additional data regarding its COVE Study of the Moderna COVID-19 Vaccine and the conduct of ongoing and future clinical trials; the development of additional COVID-19 vaccine candidates that may be refrigerator stable; the conditions under which mRNA-1273 or future vaccine candidates can be shipped and stored; the efficacy of mRNA vaccines and their potential for regulatory approval or authorization; the ability of the Moderna COVID-19 Vaccine to provide protection against COVID-19 over time; the Company’s investments in increased research and development for infectious diseases and other therapeutic areas; the potential efficacy of vaccines against RSV and CMV and future clinical trials for those vaccines; the status of developments for programs in the Company’s pipeline, including with respect to the timing, enrollment and potential results of clinical trials; future growth prospects for the Company; the Company’s commercial rights to its development candidates; future research and development expenses; future sales, general and administrative expenses, and capital expenditures, as well as other expenses; orders for the Company’s Moderna COVID-19 Vaccine, both inside and outside the U.S.; anticipated doses to be delivered under advance purchase agreement in 2021 and 2022 and the associated dollar amounts to be received, which should not be construed as expected 2021 or 2022 revenue; the anticipated cost of sales associated with the Moderna COVID-19 Vaccine; the Company’s future tax rate; and personnel recruitment efforts. In some cases, forward-looking statements can be identified by terminology such as “will,” “may,” “should,” “could,” “expects,” “intends,” “plans,” “aims,” “anticipates,” “believes,” “estimates,” “predicts,” “potential,” “continue,” or the negative of these terms or other comparable terminology, although not all forward-looking statements contain these words. The forward-looking statements in this press release are neither promises nor guarantees, and you should not place undue reliance on these forward-looking statements because they involve known and unknown risks, uncertainties, and other factors, many of which are beyond Moderna’s control and which could cause actual results to differ materially from those expressed or implied by these forward-looking statements. These risks, uncertainties, and other factors include, among others: the fact that there has never been a commercial product utilizing mRNA technology approved for use; the fact that the rapid response technology in use by Moderna is still being developed and implemented; the safety, tolerability and efficacy profile of the Moderna COVID-19 Vaccine observed to date may change adversely in ongoing analyses of trial data or subsequent to commercialization; the Moderna COVID-19 Vaccine may prove less effective against variants of the SARS-CoV-2 virus, or the Company may be unsuccessful in developing future versions of its vaccine against these variants; despite having ongoing interactions with the FDA or other regulatory agencies, the FDA or such other regulatory agencies may not agree with the Company’s regulatory approval strategies, components of our filings, such as clinical trial designs, conduct and methodologies, or the sufficiency of data submitted; Moderna may encounter delays in meeting manufacturing or supply timelines or disruptions in its distribution plans for the Moderna COVID-19 Vaccine; whether and when any biologics license applications and/or additional emergency use authorization applications may be filed in various jurisdictions and ultimately approved by regulatory authorities; potential adverse impacts due to the global COVID-19 pandemic such as delays in regulatory review, manufacturing and clinical trials, supply chain interruptions, adverse effects on healthcare systems and disruption of the global economy; and those other risks and uncertainties described under the heading “Risk Factors” in Moderna’s most recent Annual Report on Form 10-K filed with the U.S. Securities and Exchange Commission (SEC) and in subsequent filings made by Moderna with the SEC, which are available on the SEC’s website at www.sec.gov. Except as required by law, Moderna disclaims any intention or responsibility for updating or revising any forward-looking statements contained in this press release in the event of new information, future developments or otherwise. These forward-looking statements are based on Moderna’s current expectations and speak only as of the date hereof. 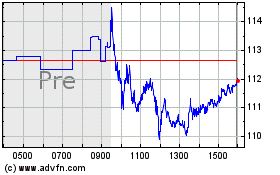