Mammoth Energy Services, Inc. (“Mammoth” or the “Company”) (NASDAQ:TUSK) today announced that it has filed with the Securities and Exchange Commission a detailed independent reasonableness  analysis of the October 19, 2017 emergency Master Services Agreement (the “MSA”) between Cobra Acquisitions LLC (“Cobra”) and the Puerto Rico Electric Power Authority (“PREPA”). The report adds further validation to a December 23, 2017 letter from the Federal Emergency Management Agency (“FEMA”) to the Government of Puerto Rico that the costs under the MSA were reasonable and the MSA was awarded in compliance with applicable procurement provisions.

After over a year of requests under the Freedom of Information Act, Mammoth received a copy of a detailed independent assessment of the reasonableness of the emergency MSA dated October 19, 2017 between the Company’s subsidiary Cobra and PREPA for repairs to PREPA’s electrical grid as a result of Hurricane Maria. This report, titled “Reasonableness Analysis of Cobra Acquisitions, LLC Emergency Contract – Cost Validation Report” dated March 28, 2019 (the “Rand Report”), was prepared at the request of FEMA by the Homeland Security Operational and Analysis Center (“HSOAC”), a federally funded research and development center operated by the Rand Corporation for the U.S. Department of Homeland Security. FEMA’s request for the Rand Report followed a December 22, 2017 Determination Memorandum produced by FEMA that found the MSA to be reasonable.

The 77-page Rand Report's comprehensive analysis and findings are significant and contain, among others, the following conclusions:

Selection of Cobra was reasonable

“Having examined [the foregoing] aspects regarding the reasonableness of PREPA’s emergency procurement process, HSOAC finds that selecting Cobra for the MSA was reasonable considering FEMA policy on emergency situations and existing regulations regarding contracting.” (page 14)

“PREPA adhered to Puerto Rican legal statutes regarding emergency situations and remained consistent with their own internal policies.” (page 14)

“We conclude that Cobra’s blended rates fall within representative ranges for high voltage emergency repair work. This conclusion is delivered from analytical investigation which combined knowledge of work conditions, assumptions into wage burdens, evaluation of the equipment quantities and workforce structures, different assumptions about fuel costs, and inclusion of the best benchmark data and current adjustment factors available at this time.” (page 48)

“Cobra’s blended rates fall within estimated ranges in all scenarios we considered.” (page 47)

“Cobra was uniquely positioned for rapid response to the crisis, deploying heavy equipment to seaports to barge transports on the day after contract signature (10/20/17). Transmission work on the island began on 10/31/17, two weeks after Cobra was awarded the contract. Furthermore, a fully equipped crew of 463 lineman and 200 support staff arrived on the island within 3 weeks of contract signing (11/13/17). This fully equipped crew was composed of quantities of linemen and security which greatly exceeded the levels proposed in the MSA. This timely delivery of quantities of work and support labor, in excess of the levels initially proposed quickly (three weeks after the MSA was signed), clearly reflects responsiveness to requirements for both immediate availability and contract flexibility.” (page 22)

“Results show that Cobra’s average hourly labor rate lay between low and high benchmarks and did not exceed any individual labor category except for groundman. By comparison, MasTec and PowerSecure’s crew weighted hourly rates were higher than Cobra’s and exceed benchmark ranges for most individual labor categories and overall. These results indicate that Cobra’s labor rates were competitive relative to others who submitted proposals for the MSA.” (page 36)

“PREPA’s requested solution delineated four critical requirements for emergency work – transmission repair capabilities, aircraft assets for installation in mountainous terrain, self-logistics resources, and ability to perform with minimal upfront payment. PREPA stated that Cobra was selected as the only company with experience in installation of transmission equipment and towers in mountainous terrain environments. Cobra had five helicopters, which could be deployed as emergency repair assets. Additionally, Cobra was able to provide its own logistical support – including supplies, equipment, fuel, food, water, housing, etc., and had crews and equipment ready to deploy.” (page 13)

The foregoing description of the Rand Report does not purport to be complete and is qualified in its entirety by reference to the full text of the Rand Report which is included as Exhibit 99.1 to a Current Report on Form 8-K filed by Mammoth with the Security and Exchange Commission (the “SEC”) on June 9, 2020, and can be found on the SEC’s EDGAR website. 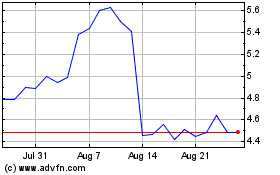 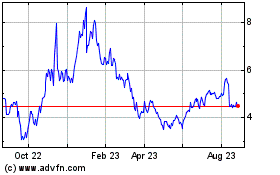 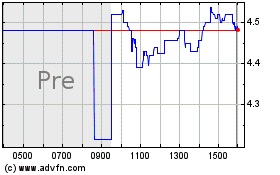