On May 17, 2021, Global Indemnity Group, LLC (“Global Indemnity” or the “Company”) announced that Reiner R. Mauer, age 57, was named chief operations officer (“COO”) of the Company’s insurance businesses and will serve as the principal operating officer of the Company. Mr. Mauer is a 29-year veteran property & casualty insurance industry senior executive, with expertise in commercial and personal lines insurance, specialty insurance and operations. Prior to joining Global Indemnity, Mr. Mauer served for sixteen years at Berkshire Hathaway’s United States Liability Insurance Company (“USLI”), most recently as President of the Property/Casualty Division. Prior to USLI, Mr. Mauer served as Senior Vice President of Business Operations and as a member of the senior management team at Talk America Holdings, Inc. Previously, he was with Old Guard Insurance Group for 13 years and during that time served as Executive Vice President for Personal Lines. Mr. Mauer earned a Bachelor of Arts degree from Widener University. He also earned a Juris Doctor degree from Widener University School of Law and is a member of the Pennsylvania Bar. Mr. Mauer holds the Chartered Property Casualty Underwriter (CPCU), Associate in Surplus Line Insurance and Associate in Claims designations.

In connection with Mr. Mauer’s appointment, the Company, Penn-Patriot Insurance Company (“Penn-Patriot”) and Mr. Mauer executed a Chief Operating Officer Agreement (the “COO Agreement”) as of May 14, 2021. The COO Agreement provides for an employment term from May 14, 2021 through December 31, 2026.

The COO Agreement provides for an annual base salary of $575,000 (“Base Salary”) and an annual target bonus opportunity of $500,000 (the “Bonus Opportunity”), payable based on the achievement of certain underwriting results, as determined by the board of directors, for each year of Mr. Mauer’s term as COO, with half of any earned Bonus Opportunity payable in the subsequent calendar year and an additional amount payable following a true-up of underwriting results for the applicable year in the fourth calendar year following the applicable year.

The COO Agreement provides for a grant of 400,000 Penn-Patriot book value appreciation rights (the “BVARs”) with an aggregate initial notional value equal to approximately 0.8% of Penn-Patriot’s book value, which entitle Mr. Mauer to a payment based on the value of the per-BVAR appreciation in Penn-Patriot’s book value over the initial notional value, calculated in accordance with the COO Agreement. The BVARs will vest by December 31, 2026, subject to the achievement of certain performance goals and Mr. Mauer’s continued employment as of the vesting date, with half of the applicable appreciation value of the BVARs payable on April 1, 2027 and an additional amount payable on April 1, 2030 following a true-up of underwriting results for the applicable performance period. The BVARs will vest in full in the event of a “Change in Control” of Penn-Patriot (as defined in the COO Agreement) and a specified portion may vest in the event Mr. Mauer is terminated by Penn-Patriot without cause.

The COO Agreement provides that Penn-Patriot may terminate Mr. Mauer’s employment at any time for any reason. In the event of Mr. Mauer’s termination by Penn-Patriot, other than in respect of a “Cause Event” (as defined in the COO Agreement), Mr. Mauer will receive as severance an aggregate amount equal to the lesser of (i) one month of Base Salary for each 12 months of employment and (ii) the Base Salary otherwise payable between the termination date and December 31, 2026 (such Base Salary payments, the “Severance Amount”). Payment of the Severance Amount is contingent upon compliance with the terms in the COO Agreement, including Mr. Mauer’s executing a general release of claims in favor of the Company, Penn-Patriot and other specified parties.

A copy of the press release announcing Mr. Mauer’s appointment is attached hereto as Exhibit 99.1 and incorporated herein by reference. 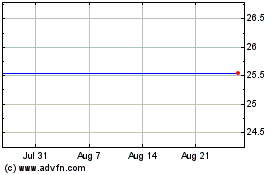 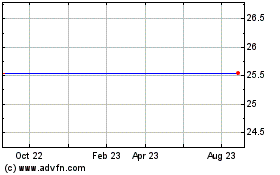 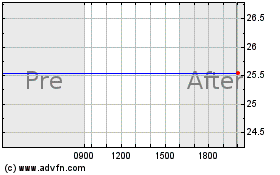