4.49
-0.02 (-0.44%)
Upgrade to Real-Time
Afterhours (Closed)
4.49
Current Report Filing (8-k)
July 17 2020 - 04:02PM
Edgar (US Regulatory)
UNITED STATES
SECURITIES AND EXCHANGE COMMISSION
WASHINGTON, D.C. 20549
FORM 8-K
CURRENT REPORT
Pursuant to Section 13 or 15(d) of the
Securities Exchange Act of 1934
Date of Report:  July 17, 2020
(Date of earliest event reported)
FEDNAT HOLDING COMPANY
(Exact name of registrant as specified in its charter)
Registrant’s telephone number, including area code: (800) 293-2532
(Former Name or Former Address, if Changed Since Last Report)
Check the appropriate box below if the Form 8-K filing is intended to simultaneously satisfy the filing obligation of the registrant under any of the following provisions (see General Instruction A.2. below):
Securities registered pursuant to Section 12(b) of the Act:

Indicate by check mark whether the registrant is an emerging growth company as defined in Rule 405 of the Securities Act of 1933 (§230.405 of this chapter) or Rule 12b-2 of the Securities Exchange Act of 1934 (§240.12b-2 of this chapter).
Emerging growth company         ☐
If an emerging growth company, indicate by check mark if the registrant has elected not to use the extended transition period for complying with any new or revised financial accounting standards provided pursuant to Section 13(a) of the Exchange Act.    ☐
FedNat Holding Company (the “Company”) estimates, as of the date of this Current Report on Form 8-K, that catastrophe losses incurred during the quarter ended June 30, 2020 will reduce its second quarter pre-tax income by $48.3 million, net of all recoveries, including reinsurance. These catastrophe losses were driven by severe weather events that occurred during the second quarter in states in which the Company does business, including Florida, Texas and Louisiana. More specifically, during the quarter there were fourteen Property Claims Services (“PCS”) events, including Tropical Storm Cristobal, plus a Florida Panhandle wildfire. Net catastrophe losses, by state, are estimated as follows (in millions):
Additionally, in the second quarter, the Company expects to strengthen reserves for prior accident years by $7.5 million, pre-tax, related primarily to the 2019 accident year in the Florida homeowners line of business.
The Company continues to file for rate increases to ensure its rates better reflect the increased costs related to claims activity and costs of reinsurance. The Company has recently received regulatory approvals for several rate increases, including a 7.4% statewide-average increase on FedNat Insurance Company’s (“FNIC”) Florida homeowners business that took effect on June 15, 2020. FNIC has also filed for a 5.6% statewide-average Florida increase related to the cost of catastrophe reinsurance which, if approved, would be expected to take effect in October 2020. FNIC has also filed for statewide-average rate increases of over 9.5% on its homeowners business in Texas and Louisiana which, if approved, would be expected to take effect in November 2020. Maison Insurance Company (“MIC”) also recently filed for a 15.9% Louisiana homeowners statewide-average rate increase which, if approved, would be expected to take effect in November 2020. Additional rate filings are pending in other states in which the Company does business. The Company is currently restricting new business throughout Florida during wind season and until our approved rates more accurately reflect our increased claims costs.
The Company is providing certain updates to its 2020-2021 reinsurance program, which was previously described in a Form 8-K filed with the SEC on June 1, 2020 (the "Reinsurance 8-K").
FNIC’s 2020-2021 New Non-Florida Homeowners Quota Share Reinsurance
FNIC entered into a new quota-share treaty with Anchor Re, a wholly-owned Arizona captive reinsurance subsidiary of SageSure LLP (“SageSure”), the non-affiliated managing general underwriter that writes FNIC’s non-Florida homeowners business. The treaty became effective on July 1, 2020 and provides 50% quota-share reinsurance protection on in-force, new and renewal business through June 30, 2021, subject to certain limitations. The treaty arrangement is fully collateralized through Anchor Re.
This treaty supplements the existing 50% profit-sharing agreement in place with SageSure. Thus, this treaty is not expected to have any impact on the pre-tax operating results of the Company, although the components of the combined ratio will be affected by the ceding of premiums, claims and commissions. The Company expects FNIC will receive statutory surplus relief from this new quota-share treaty.
FNIC’s 2020-2021 Florida Homeowners Quota-Share Reinsurance
Benefitting from our long-term trading relationship with Swiss Re, FNIC finalized the renewal of its quota-share reinsurance program for 2020-2021 on FNIC’s Florida homeowners book of business. The program became effective on July 1, 2020 on an in-force, new and renewal basis at terms generally consistent with the 2019-2020 treaty. The treaty continues to provide protection excluding named storms, and has been initially set at 10%, which is subject to certain limitations including, but not limited to, caps on losses associated with non-named storm catastrophe losses.
2020-2021 Excess of Loss Reinsurance Program
As previously reported in the Reinsurance 8-K, the Company agreed to the terms of its excess of loss reinsurance program for 2020-2021, which covers the Company’s three insurance carriers. To supplement this program, the Company subsequently purchased additional reinsurance protection of 71.5% of $15 million excess of $10 million that reduces the second and third event retention for FNIC, MIC and Monarch National Insurance Company, on a combined basis, from $25 million to $14.3 million per event, with the Company maintaining a co-participation. The cost of the underlying layer was approximately $3.0 million, bringing the Company’s total excess of loss reinsurance spend for the 2020-2021 treaty year to $264.6 million.
_____________________________
The information in Item 2.02 of this Current Report on Form 8-K is hereby intended to be furnished and, as provided in General Instruction B.2 of Form 8-K, such information shall not be deemed "filed" for purposes of Section 18 of the Securities Exchange Act of 1934, as amended (the "Exchange Act"), or otherwise subject to the liabilities of that section, and it shall not be deemed incorporated by reference in any filing under the Securities Act of 1933, as amended (the “Securities Act”), or under the Exchange Act, whether made before or after the date hereof, except as expressly set forth by specific reference in such filing to this Current Report on Form 8-K.
SIGNATURES
Pursuant to the requirements of the Securities Exchange Act of 1934, the registrant has duly caused this report to be signed on its behalf by the undersigned hereunto duly authorized. 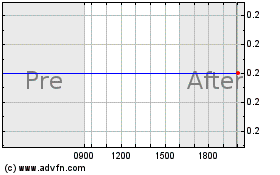