Registrant’s Telephone Number, Including Area Code: (201) 432-2133
Not Applicable
(Former Name or Former Address, if Changed Since Last Report)
Check the appropriate box below if the Form 8-K filing is intended to simultaneously satisfy the filing obligation of the registrant under any of the following provisions:
☐ Written communications pursuant to Rule 425 under the Securities Act (17 CFR 230.425)
☐ Soliciting material pursuant to Rule 14a-12 under the Exchange Act (17 CFR 240.14a-12)
☐ Pre-commencement communications pursuant to Rule 14d-2(b) under the Exchange Act (17 CFR 240.14d-2(b))
☐ Pre-commencement communications pursuant to Rule 13e-4(c) under the Exchange Act (17 CFR 240.13e-4(c))
Securities registered pursuant to Section 12(b) of the Act:
Indicate by check mark whether the registrant is an emerging growth company as defined in Rule 405 of the Securities Act of 1933 (§ 230.405 of this chapter) or Rule 12b-2 of the Securities Exchange Act of 1934 (§ 240.12b-2 of this chapter).
Emerging growth company ☐
If an emerging growth company, indicate by check mark if the registrant has elected not to use the extended transition period for complying with any new or revised financial accounting standards provided pursuant to Section 13(a) of the Exchange Act. ☐
Item 5.02     Departure of Directors or Certain Officers; Election of Directors; Appointment of Certain Officers; Compensatory Arrangements of Certain Officers.

On May 25, 2022, Clover Health Investments, Corp. (the “Company”) announced that Scott J. Leffler will become Chief Financial Officer of the Company, to serve as the Company’s principal financial officer and principal accounting officer, effective upon the commencement of his employment with the Company in August 2022. Mr. Leffler will succeed Mark C. Herbers, the Company’s current Interim Chief Financial Officer, who will continue in his role as Interim Chief Financial Officer until Mr. Leffler joins the Company and thereafter will assist in the transition. The Company’s press release announcing Mr. Leffler’s appointment is attached to this report as Exhibit 99.1 and is incorporated by reference into this Item 5.02.
Mr. Leffler, age 47, has served as Chief Financial Officer and Treasurer of Sotera Health, a provider of sterilization, lab testing and advisory services for the healthcare industry, since April 2017. Prior to joining Sotera Health, Mr. Leffler served as Chief Financial Officer of Exal Corporation (now called Trivium Packaging) and held various finance leadership positions at PolyOne Corporation (now called Avient).
Under the terms of his employment agreement entered into with the Company effective May 11, 2022, Mr. Leffler will receive an annual base salary of $500,000, and the initial target amount for his annual cash incentive bonus will be 75% of his base salary. He will also receive a one-time grant of restricted stock units (“RSUs”) covering shares of the Company’s Class A common stock with a grant date fair value of $12,000,000, which will vest and become payable as follows: 25% of the RSUs will vest on the first anniversary of Mr. Leffler’s start date, and the remainder will vest in twelve equal quarterly installments beginning on the date that is three months after the first anniversary of his start date, in each case subject to Mr. Leffler continuing to provide services to the company through each vesting date. The RSU grant will be subject to the terms, definitions and provisions of the Company’s equity plan under which the RSUs are granted and the RSU award agreement to be entered into between Mr. Leffler and the Company. Mr. Leffler will be also eligible for future annual equity awards under the Company’s equity plans. Mr. Leffler’s employment agreement also provides that he will receive a one-time cash bonus of $100,000, half of which will be paid on the first regularly scheduled pay date after Mr. Leffler’s start date, and the other half of which will be paid on the first regularly scheduled pay date after the first anniversary of his start date. If Mr. Leffler voluntarily terminates his employment or the Company terminates his employment for cause (as defined in the employment agreement), in either case within twelve months of his start date, Mr. Leffler agrees to reimbursement any portion of the signing bonus that has been paid.
The foregoing description of Mr. Leffler’s employment agreement, including the terms of his compensatory arrangements, does not purport to be complete and is qualified in its entirety by reference to the full text of the agreement, which will be filed as an exhibit to the Company’s Quarterly Report on Form 10-Q for the quarter ending June 30, 2022.
In connection with his appointment, Mr. Leffler is also expected to enter into the Company’s standard form of indemnification agreement for its executive officers, which requires the Company to, among other things, indemnify its executive officers against liabilities that may arise by reason of their status or service. The agreement also requires the Company to advance all expenses incurred by executive officers in investigating or defending any action, suit or proceeding. The foregoing description is qualified in its entirety by the full text of the Company’s form of indemnification agreement, which was filed as Exhibit 10.2 to the Company’s Current Report on Form 8-K (No. 001-39252) filed on January 12, 2021, and is incorporated by reference herein.
Item 9.01 Financial Statements and Exhibits.
(d) List of Exhibits
SIGNATURE
Pursuant to the requirements of the Securities Exchange Act of 1934, the registrant has duly caused this report to be signed on its behalf by the undersigned thereunto duly authorized.
Clover Health Investments (NASDAQ:CLOV)
Historical Stock Chart
From Nov 2022 to Dec 2022 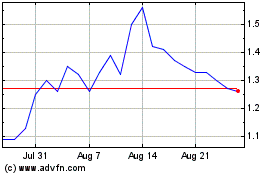 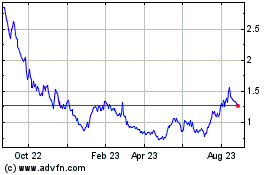 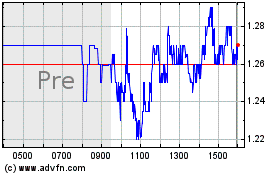