Item 5.07. Submission of Matters to Vote of Security Holders.

The annual meeting of stockholders (the “Annual Meeting”) of BGC Partners, Inc. (the “Company”) was held on June 11, 2020. The following matters were voted on at the Annual Meeting:

For more information about the foregoing proposals, see the proxy statement for the Annual Meeting.

At the Annual Meeting, holders of Class A common stock were entitled to one vote per share, and holders of Class B common stock were entitled to 10 votes per share, and the two classes voted together as a single class on each of the matters submitted to a vote of stockholders. The aggregate number of Class A and Class B votes cast for and against and withheld votes, abstentions and broker non-votes with respect to each matter voted upon at the Annual Meeting are set forth below:

The five nominees were elected to the Board of Directors and will serve as directors until the Company’s next annual meeting and until their respective successors have been duly elected and qualified.

Proposal 3 – Approval of an advisory vote on executive compensation

Stockholders approved, on an advisory basis, the Company’s executive compensation.

Under the authorization, the Company may make repurchases of Company debt securities for cash from time to time in the open market or in privately negotiated transactions upon such terms and at such prices as management may determine. Additionally, the Company is authorized to make any such repurchases of  Company debt securities  through Cantor Fitzgerald & Co. (or its affiliates), in its capacity as agent or principal, or such other broker-dealers as management shall determine to utilize from time to time and such repurchases shall be subject to brokerage commissions which are no higher than standard market commission rates.

The timing and amount of Company debt securities repurchased under the program, if any, will be at the discretion of management, and will depend on available cash, market conditions, the cost to repurchase such securities as compared to other forms of debt repayment (including debt under the Company’s revolving credit facility), and other considerations. Therefore, there can be no assurance as to the aggregate principal amount of Company debt securities, if any, repurchased. The Company may discontinue the repurchase program at any time.

Pursuant to the requirements of the Securities Exchange Act of 1934, the Registrant has duly caused this report on Form 8-K to be signed on its behalf by the undersigned hereunto duly authorized.

Annual Meeting of Stockholders and authorization of debt repurchase program] 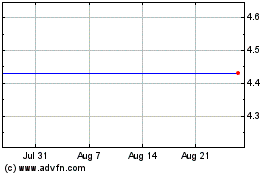 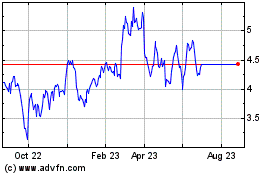 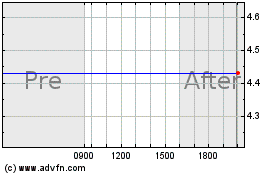