Data from the Institute for Supply Management showed an unexpected acceleration in the pace of growth in U.S. services sector activity in the month of July.

The ISM said its services PMI rose to 56.7 in July from 55.3 in June, with a reading above 50 indicating growth in the sector. The uptick came as a surprise to economists, who had expected the index to dip to 53.5.

St. Louis Federal Reserve President James Bullard said on CNBC's Squawk Box that the economy is not in a recession and signalled further rate hikes until there is clear evidence that inflation is cooling.

Against the aussie, the yen was down at a 2-day low of 93.16. Should the yen falls further, 96.00 is likely seen as its next possible support level. 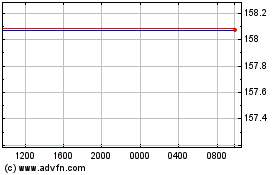