A Delaware judge set a trial date of early January for Tiffany & Co.'s lawsuit against LVMH Moët Hennessy Louis Vuitton over the fate of their merger.

Tiffany sued LVMH earlier this month after the French luxury goods company said it couldn't proceed with its $16.2 billion takeover of the U.S. jeweler. Tiffany had asked the court to set a trial date for mid-November, in the hope of getting a ruling before the deal's Nov. 24 closing date. LVMH had argued that it wouldn't be possible to go to trial until March or April.

In his decision, Joseph Slights III, vice chancellor of the Court of Chancery of the State of Delaware, took into consideration that certain antitrust approvals that the companies had obtained for the deal will begin to expire next year. The U.S. approval lapses in February.

Tiffany also argued that delaying a resolution until the spring would leave it in limbo and hamstring its ability to run its business and pay employees.

Tiffany's capital expenditures are capped until the deal's closing date and the agreement doesn't stipulate a budget for next year. Its shares outstanding are also capped, meaning a delay would prevent it from paying equity compensation to employees at year-end.

Moreover, Tiffany can't hire or fire employees at the level of vice president or above or enter into material contracts, including the signing of store leases, without LVMH's consent.

"We appreciate the court's ruling today to expedite the process," said Tiffany Chairman Roger Farah. "A trial on Jan. 5, 2021, will hopefully lead to a ruling prior to the expiration of U.S. antitrust clearance on Feb. 3, 2021, and enable us to protect our company and our shareholders."

LVMH argued that a case requiring documents and depositions in various geographic regions was too complex to bring to trial on a fast-tracked schedule.

In a statement issued after the ruling, LVMH said it is "confident that it will be able to defeat Tiffany's accusations and convince the court that the conditions necessary for the acquisition of Tiffany are no longer met."

LVMH said earlier this month that it couldn't complete the deal by the November closing date for fear of getting in the middle of a U.S.-France trade war. The French luxury goods company also said a "material adverse effect" from the pandemic had hurt Tiffany's business, allowing LVMH to back out of the deal. 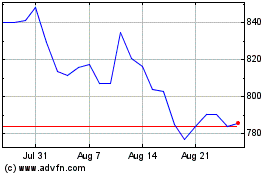 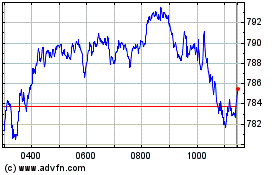