SYDNEY--Afterpay Ltd. is exploring a U.S. stock market listing after the buy-now-pay-later provider's North American operations became the largest contributor to underlying sales in its most recent fiscal quarter.

The company on Tuesday said it would remain headquartered in Australia, but believes that a U.S. listing would accommodate growing global investor interest. It said it had not set a timeline for a decision, which would be subject to market conditions and customary listing prerequisites. 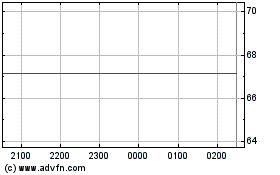