NOTE: Schedules filed in paper format shall include a signed original and five copies of the schedule, including all exhibits. See §240.13d-7 for other parties to whom copies are to be sent.

The class of equity security to which this statement relates is the common stock, par value $0.01 per share (the “Common Stock”), of Impac Mortgage Holdings, Inc., a Maryland corporation (the “Issuer” or the “Company”). The principal executive office of the Issuer is located at 19500 Jamboree Road, Irvine, California 92612.

This statement is being jointly filed by each of the following persons pursuant to Rule 13d-1(k) promulgated by the Securities and Exchange Commission (the “Commission”) pursuant to Section 13 of the Securities Exchange Act of 1934, as amended (the “Exchange Act”): Richard H. Pickup, an individual, the Trust, Dito Caree Limited Partnership, and Gamebusters, Inc. (collectively referred to herein as the “Reporting Persons”).

During the past five years, none of the Reporting Persons, or Dito Devcar Limited Partnership, has been convicted in a criminal proceeding (excluding traffic violations or similar misdemeanors), or has been a party to a civil proceeding of a judicial or administrative body of competent jurisdiction and as a result of such proceeding was or is subject to a judgment, decree or final order enjoining future violations of, or prohibiting or mandating activities subject to, federal or state securities laws or finding any violation with respect to such laws.

The information set forth in Item 5(c) of this Amendment No. 8 to Schedule 13D is hereby incorporated herein by reference.

The shares of the Common Stock that are the subject of this Amendment No. 8 to Schedule 13D were acquired by the Reporting Persons for investment purposes, based on their respective beliefs that the Common Stock represents an attractive investment. The Reporting Persons intend to optimize the value of their investments and, therefore, intend to review and evaluate from time to time the Issuer’s business affairs, financial position, and contractual rights and obligations. Based on such evaluation and review, as well as general economic, industry, and market conditions existing at the time, the Reporting Persons may consider from time to time various alternative courses of action. Such actions may include the acquisition or disposition of the Common Stock or other securities issued by the Issuer through open market transactions, privately negotiated transactions, a tender offer, a merger, an exchange offer, or otherwise. As part of monitoring their investments, the Reporting Persons may also, in their discretion, from time to time, seek to meet with and have discussions with the Issuer’s management and directors and, further, may communicate with other holders of the Common Stock to understand their views of the Issuer’s operating strategy and financial performance.

Except as set forth herein, the Reporting Persons have no present plans or proposals that relate to or that would result in any of the actions specified in clauses (a) through (j) of Item 4 of Schedule 13D.

The information set forth in Item 3 of this Amendment No. 8 to Schedule 13D is hereby incorporated herein by reference.

(a) The percentages used herein and in the rest of this Amendment No. 8 to Schedule 13D are calculated based upon the sum of (i) 21,332,684 shares of the Common Stock outstanding as of August 6, 2021, as reported in the Company’s Quarterly Report on Form 10-Q filed on August 13, 2021; and (ii) in the case of Mr. Pickup and the Trust (excluding in the case of the Trust, 60,000 shares referenced in clause (x)) only, (x) the 60,000 shares of the Common Stock that Mr. Pickup has the right to acquire upon exercise of certain Non-Qualified Stock Options held by Mr. Pickup, (y) the 639,535 shares of the Common Stock that the Trust has the right to acquire at any time after January 1, 2016 by converting into such shares the outstanding principal balance of the Convertible Promissory Note Due 2020 issued to the Trust by the Company, at the initial conversion price of $21.50 per share, and (z) the 116,956.95 shares that the Trust may acquire at any time after October 15, 2020 upon exercise (at an exercise price of $2.97 per share) of a Warrant to Purchase Common Stock owned directly by the Trust.

(c) Except for the following transaction, no other transactions in the Common Stock were effected by the Reporting Persons or Dito Devcar Limited Partnership during the sixty days before the date that this Amendment No. 8 to Schedule 13D is filed with the Commission (i.e., from and after August 16, 2021): the Trust purchased 700,000 shares of the Common Stock at a price of $1.28 per pursuant to the terms of a securities purchase agreement entered into with an existing shareholder of the Company on October 13, 2021.

Pursuant to Rule 13d-1(k) promulgated under the Exchange Act, the Reporting Persons have entered into the Joint Filing Agreement, attached hereto as Exhibit A, with respect to the joint filing of this Amendment No. 8 to Schedule 13D and any amendment or amendments hereto.

Except with respect to the Joint Filing Agreement, none of the Reporting Persons or Dito Devcar Limited Partnership is a party to any contract, arrangement, understanding or relationship with respect to any securities of the Company, including, but not limited to, transfer or voting of the securities, finder’s fees, joint ventures, loan or option arrangements, puts or calls, guarantees of profits, division of profits or loss, or the giving or withholding of proxies.

Exhibit A – Joint Filing Agreement dated October 15, 2021, by and between each of the Reporting Persons. 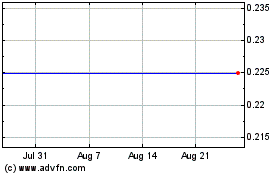 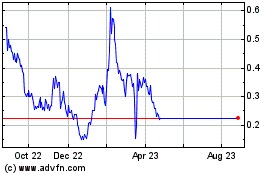 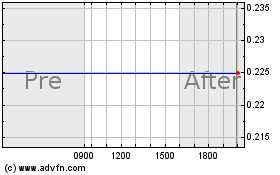