A pair of private-equity firms have teamed up to make a bid for Royal KPN NV that could value the Dutch communications-services provider at more than $15 billion, according to people familiar with the matter.

New York-based Stonepeak Infrastructure Partners and Sweden's EQT AB are working on a bid that could be valued at more than EUR3 a share, equivalent to $3.56, some of the people said. KPN shares closed Wednesday at EUR2.88 in European trading. The funds are preparing to conduct due diligence with the goal of submitting a formal bid this spring. It is possible that they could take on another partner and that they will face competition, these people said.

There are no guarantees that the parties will follow through, and if they do, that they will reach an agreement. Adding a layer of complication, the Dutch government would need to sign off on any deal.

KPN is the largest telecommunications operator in the Netherlands, offering mobile-telephony, data and television services to customers across the country. KPN's business also includes a wholesale operation that leases fixed and mobile networks to other carriers that don't operate their own networks.

Bloomberg in November reported that EQT had made an approach to KPN.

KPN faces stiff competition from rivals such as VodafoneZiggo, a joint venture of Liberty Global PLC and Vodafone Group PLC, and has suffered from declining revenue since at least 2014, according to FactSet. Last year, the Rotterdam company's adjusted revenue fell 2.4% to EUR5.28 billion.

KPN recently struck a EUR440 million deal to sell a 50% stake in a new joint venture to the Dutch pension fund APG Group to accelerate the rollout of fiber connections to an additional 685,000 households and 225,000 companies.

Stonepeak oversees more than $31 billion of assets. It counts the $3.6 billion acquisition of Astound Broadband, the sixth-largest U.S. cable-TV provider, among its latest announced investments.

EQT, one of the best-performing publicly traded buyout firms, manages about EUR52.5 billion. The Stockholm firm knows the Dutch telecom market through its ownership of Delta Fiber Netherlands, a provider of high-speed broadband, TV and fixed-telephony services.

Write to Cara Lombardo at cara.lombardo@wsj.com, Ben Dummett at ben.dummett@wsj.com and Miriam Gottfried at Miriam.Gottfried@wsj.com 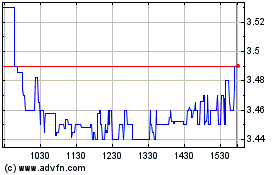