On June 24, 2015, Powerstorm Holding, Inc.’s (the “Company”) Board of Directors (the “Board”) approved the appointment of Mr. Michael Porter as a new Director to serve on the Board.

Mr. Porter is 72 years old. He earned his Bachelor’s Degree from Rider University. Currently he sits on the President’s Council for the University. He also completed Harvard University Business School’s Owners/Presidents Management program in 2002.  Mr. Porter has owned the investor relations firm Porter, LeVay & Rose for 45 years. The company specializes in small to mid-cap stocks, including micro-cap. He has extensive experience overseeing the activities of a company, as he has sat on three boards prior to joining Powerstorm. Having worked with many companies overseeing many disciplines, Mr. Porter is well known and well respected within the industry, and also possesses a valuable familiarity with the Sarbanes-Oxley Act.

The Note, dated June 12, 2015 (the “Issue Date”), earns interest at an annual rate equal to 10% and provides for a maturity date of February 16, 2016. Any amount of principal or interest not paid when due will bear interest at an annual rate of 22% applied from the due date until the date of payment. The Note carries an original issue discount of $4,000. As described above, the Company agrees to pay the Purchaser $3,000 to cover certain fees incurred in connection with the Securities Purchase Agreement and Note. The original issue discount and the amount for fees are included the initial principal amount of the Note. As a result, the purchase price of the Note is $80,000, which is an aggregate $87,000 in initial principal balance, less the $4,000 original issue discount and $3,000 in fees.

The Purchaser represented that it is an “accredited investor” as that term is defined in Rule 501 of Regulation D.

The applicable information set forth in Item 1.01 of this Current Report on Form 8-K is incorporated by reference in this Item 3.02. 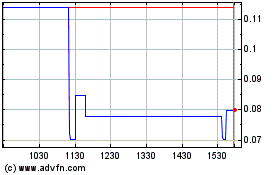