One of China's largest car makers, Zhejiang Geely Holding Group Co., is making plans to tap into the surging market for SPACs.

The multinational company, which owns Geely Automobile Holdings Ltd., Volvo Car Group and several other electric-vehicle brands, is in talks to sponsor a special-purpose acquisition company that could raise $300 million in a Nasdaq initial public offering, according to people familiar with the matter.

In addition, the Hangzhou-based group is considering taking one of its European electric-vehicle subsidiaries public by merging it with another SPAC and boosting its valuation sharply, to as much as $40 billion, the people said.

SPACs, also known as blank-check companies, raise money by selling stock publicly and listing on exchanges before finding private businesses to merge with. They have surged in popularity and drawn record sums of money from global investors, Many startups also see mergers with SPACs as a faster and easier way to go public.

More of Asia's tycoons and investment firms have capitalized on the boom in SPACs on U.S. exchanges this year.

Geely, which is controlled by its billionaire chairman and founder Li Shufu, is considering doing the same. The group is discussing creating a SPAC with its Hong Kong-based venture arm, GLY Capital Management, according to people familiar with the matter. Under the plan being discussed, Mr. Li would sit on the new company's board with two other Geely representatives and one from Volvo, a person familiar with the talks said.

The funds raised by the new company could give Geely a war chest as it ramps up investments in new technology such as electrification and artificial intelligence. The plan is under deliberation internally and may not go ahead, people familiar with the matter said. GLY Capital, meanwhile, is raising a new venture fund that will invest in "companies that seek to redefine the transportation industry," the firm said last month. Geely and South Korea's SK Holdings are anchor investors in the fund, which is targeting a year-end close of $300 million.

Separately, Polestar, a Swedish electric-vehicle maker owned by Volvo Cars and Geely, is considering going public in the U.S. through a different SPAC in a transaction that could value the business at as much as $40 billion, the people familiar with the matter said. If achieved, it would be one of the most valuable SPAC mergers.

Polestar has been a stand-alone brand since 2017 and focuses on high-performance electric cars. The company is wrapping up a Series A fundraising round that will value it at $7 billion, the people said.

Polestar, which runs its day-to-day management and governance independent of Geely and Volvo, is aiming for a Series B fundraising that could boost its valuation to $20 billion by the end of June, before merging with a SPAC to go public, the people said.

Geely and Polestar are discussing the pros and cons of Polestar going public through a SPAC, and a final decision hasn't been made, people familiar with the matter said.

Geely has begun overhauling its strategy in recognition that it has fallen behind in the transition to electric vehicles, now widely viewed as a critical shift for all global auto makers. Its various electric brands have sold poorly in China, while Tesla Inc., BYD Co. and others have taken a commanding lead in the segment. Last month, Geely said it would set up a China-based company called Zeekr Co. to serve the premium electric-vehicle space in which Polestar and Volvo operate.

Combining with a SPAC can be a fast track to a high valuation. In February, Lucid Motors Inc., a fledgling electric-vehicle maker based in Newark, Calif., agreed to merge with a SPAC in a deal that valued Lucid at $24 billion.

Grab Holdings Inc. said Tuesday that it would go public through a SPAC with near-$40 billion valuation, confirming details reported earlier by The Wall Street Journal.

Polestar vehicles are built in China, and the country's electric-vehicle market is among the world's biggest. An October recall of all global Polestar vehicles over faulty components that caused some vehicles to lose power, however, has dented the brand's reputation.

Despite positive reviews, the company's main production model, the Polestar 2--which was positioned as a direct competitor to Tesla's Model 3--has been a commercial flop in China.

It is now priced at the equivalent of about $41,000 before subsidies, and around 400 units have sold since August, according to the website D1EV, which tracks Chinese electric-vehicle sales. Tesla, in contrast, sold 69,280 Shanghai-built Model 3 and Model Y cars in the March quarter alone in China. The Model 3 sells for around $38,000 in the country.

The Polestar 2 has had a better reception in Europe, where it has sold more than 8,700 units since launching in July, according to the website Car Sales Base. Its sales there are still dwarfed by Tesla's Model 3 sedan, which sold more than 46,000 units in Europe during the same period. U.S. deliveries of the Polestar 2, priced locally at $59,900, began in December.

Raffaele Huang contributed to this article.

Write to Jing Yang at Jing.Yang@wsj.com and Trefor Moss at Trefor.Moss@wsj.com 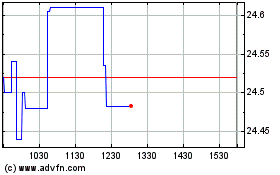