InvestorsHub NewsWire -- KALY (Kali, Inc.) is exploding up the charts after the Company announced a $100,000 wholesale order of its Hemp4mula CBD Infused Chewing Gum. The wholesale buyer plans to have Hemp4mula CBD Infused Chewing Gum available for sale at select retail drugstore locations and through the soon to be launched USMJ E-commerce Site. Earlier this month, Kali-Extracts announced launching its own line of hemp-derived CBD infused candies and vapes under the brand name Hemp4mula. Kali-Extracts Hemp4mula CBD Infused Chewing Gum will come in a blister back of 8 pieces with 10 mg each of hemp-derived CBD. Kali-Extracts expects to soon produce hemp-derived CBD infused mints and gummies. Hemp4mula vapes are anticipated to be in production early next year. Investors should be aware that KALY has a skull & crossbones designation from OTCMarkets.

Earlier this year KALY acquired NCM Biotech.  NCM Biotech has developed a patented cannabis extraction process – U.S. Patent No. 9,199,960 entitled “METHOD AND APPARATUS FOR PROCESSING HERBACEOUS PLANT MATERIALS INCLUDING THE CANNABIS PLANT.”  NCM’s process has been engaged in a number of medical and pharmaceutical research and development projects in addition to being licensed to Puration, Inc. (USOTC: PURA) for commercial applications.

Kali plans to pursue pharmaceutical and other commercial applications of its patented extraction process building on the success of its current research projects and its success with Puration. Kali maintains assets and operations today in the marina management business of which it plans to divest in conjunction with the planned acquisition of NCM Biotech.

Several days ago KALY announced a letter to shareholders to further confirm recent announcements from the company and to outline measures underway to update its public disclosures. On November 15 [th], the company announced the acquisition of NCM Biotech in a transaction that changed the business direction of the company. Prior to that acquisition, the company’s previous business focus on marina management had languished. In addition to the marina management business not advancing as originally planned, the company had fallen behind in the timely filing of the disclosures required by OTCMarkets. Accordingly, OTCMarkets had posted a “stop-sign” icon on the KALY OTCMarkets page to warn investors that the company was not current in its required filings and to take appropriate precautions in investment decisions associated with KALY. Yesterday, December 13, 2018, OTCMarkets updated its precautionary notice regarding KALY to a Caveat Emptor icon to further raise investor precaution in regard to investment decisions associated with KALY. The letter today is intended to confirm the recent announcements made in conjunction with the November 15 [th]acquisition and the company’s corresponding new business direction, in addition to addressing efforts underway to bring all KALY’s required disclosures current with OTCMarkets standards. The letter is included in its entirety below.

KALY recently acquired a biotech company with a patented cannabis extraction process. Accordingly, KALY updated its overall business plan (a presentation on the company’s updated business plan is available on KALY’s website). Hemp4mula is part of the updated business plan which management is rapidly executing. The company recently announced a $300,000 hemp-derived CBD extraction contract with Puration, Inc. The CBD Kali-extracts it will produce is to support PURA’s contract to produce a private labeled CBD infused Water for Generex Biotechnology.

Currently trading at a $1.6 million market valuation KALY currently has a skull and crossbones designation from OTCMarkets. KALY is an exciting story developing in small caps; the Company is making some big moves recently acquiring NCM Biotech and launching its own line of hemp-derived CBD infused candies and vapes under the brand name Hemp4mula.The stock is running up the charts after KALY announced a $100,000 wholesale order of its Hemp4mula CBD Infused Chewing Gum. We will be updating on KALY when more details emerge so make sure you are subscribed to Microcapdaily so you know what’s going on with KALY. 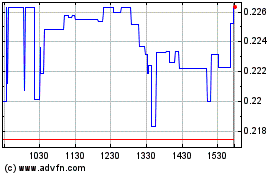