Teuton Resources Corp. (“Teuton”) (TSX-V:TUO) ("TFE"-Frankfurt) (OTCBB:TEUTF)  is pleased to announce that it has entered into a joint venture  agreement with Tudor Gold Corp. (TSXV:TUD) (“Tudor Gold”), an arms-length company,  and American Creek Resources (TSXV:AMK) (“AMK”) with respect to the Treaty Creek property.  The transaction is subject to TSXV approval.

A joint venture has been formed with Tudor Gold holding an immediate 60% interest and each of American Creek and Teuton Resources Corp. (TSXV:TUO) (“Teuton”) holding an immediate 20% interest in the joint venture. Both Teuton’s and AMK’s 20% interests are fully carried during the exploration period until a production notice is given. This means that neither Teuton nor AMK will have to contribute any money to the project until such time as Tudor Gold takes the property to a production notice.  Thereafter, each will be responsible for 20% of the costs going forward under and subject to the terms of the joint venture.

Tudor Gold has agreed to complete a minimum of $1,000,000 in exploration expenditures on the Treaty Creek property during 2016.

The Treaty Creek property sits northeast and along geological trend of Seabridge Gold’s KSM gold-copper property, home to two world-class porphyry copper-gold deposits (the Mitchell and the Deep Kerr) and north of Pretium Gold’s Snowfield-Brucejack property.     Like the KSM and Snowfield-Brucejack properties, the Treaty Creek property is marked by abundant, large alteration zones (gossans) which can be seen from miles away and are conspicuous because of their bright yellow, orange and red colours.   The Sulphurets thrust fault, recognized by BC government geologists as being spatially related to all of the large copper-gold deposits on Seabridge’s KSM property, passes northeast into the Treaty Creek property.

Dino Cremonese, President and CEO of Teuton, states:  “We welcome Walter Storm, president of Tudor Gold, to the region and wish him good fortune in all his endeavours.  Mr. Storm has been very successful in the gold exploration sphere, particularly with his involvement with Osisko Gold, and we sincerely hope he can replicate his past achievements here.  We are also very excited at the prospect of renewed exploration at Treaty Creek.”

In conjunction with the execution of the Treaty Creek joint venture agreement above, Teuton is also pleased to advise that a settlement has been reached in the Alberta defamation action started in 2012 as between all the plaintiffs (including AMK) and the defendants Teuton, Dino Cremonese, Gary Assaly and Amanda Mullin.  The settlement is conditional on TSXV approval of the Treaty Creek joint venture agreement. The terms of the settlement are confidential.

Teuton owns interests in more than thirty properties in the prolific “Golden Triangle” area of northwestern British Columbia and was one of the first companies to adopt what has since become known as the “prospect generator” model. One of Teuton’s core holdings comprises ground staked in the mid-1980’s along extensions of favourable geology to the north and south of the KSM property (owned by Seabridge Gold) and the Brucejack-Snowfield property (owned by Pretium Resources).   Teuton’s King Tut, Tuck, Delta, High North and Fairweather properties, located south of Pretium’s Brucejack property, were optioned in 2015-16 to various parties (including Pretium) for cash consideration totaling $4.15 million.    Shareholders and other interested parties can access information about Teuton at the Company’s website, www.teuton.com.

The Qualified Person for this news release is D. Cremonese, P.Eng., who, as President and CEO,  is not independent of the Company.

If you would like to be added to Teuton’s news distribution list, please send your email address to dino@teuton.com

This news release includes certain forward-looking statements concerning the future performance of our business, its operations and its financial performance and condition, as well as management’s objectives, strategies, beliefs and intentions. Forward-looking statements are frequently identified by such words as “may”, “will”, “plan”, “expect”, “anticipate”, “estimate”, “intend” and similar words referring to future events and results. Forward-looking statements are based on the current opinions and expectations of management. All forward-looking information is inherently uncertain and subject to a variety of assumptions, risks and uncertainties, including the speculative nature of mineral exploration and development, fluctuating commodity prices, competitive risks and the availability of financing, as described in more detail in our recent securities filings available at www.sedar.com. Actual events or results may differ materially from those projected in the forward looking-statements and we caution against placing undue reliance thereon. Teuton Resources Corp. does have an ongoing obligation to disclose material information, as it becomes available.

The TSX Venture Exchange has neither approved nor disapproved the information contained herein. 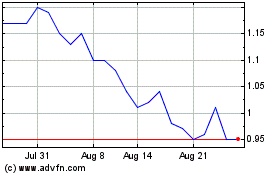 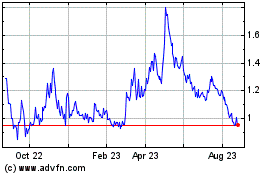 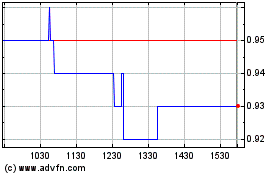