Rogers Communications today announced it has expanded its phone and plan program to connect more British Columbia women and their children with digital lifelines and support to escape violence and abuse. Rogers has increased its support from last year, by donating phones and plans to 56 B.C. women’s shelters and transition houses in Rogers wireless coverage areas during this third wave of the pandemic. As the severity and frequency of domestic violence and demand for safe shelter space continues to rise following initial pandemic lockdowns a year ago, Rogers is expanding its efforts to drive awareness and safe connectivity to support the most vulnerable, including the recently announced network expansion along British Columbia’s Highway of Tears to enable more safe connectivity.

Last spring, at the start of the pandemic, Rogers launched a national program with Women’s Shelters Canada to provide hundreds of phones and plans to more than 100 shelters and transition houses, including those across British Columbia, in addition to using the reach of its platforms and channels to help increase awareness of the domestic violence crisis. With growing waitlists for women’s shelters and transition houses, frontline crisis workers say these devices will continue to save women’s lives by keeping them safely connected to critical resources, particularly during lockdowns. The phone donation program is provided in collaboration with Motorola and LG.

Access to devices, plans, and network coverage is vitally important, now more than ever. Rogers recently announced it is expanding wireless network coverage, including 5G, in British Columbia to close gaps along two key corridors, including Highway 14 and Highway 16, known as the Highway of Tears. For decades, this highway has been the tragic location of many missing and murdered women, particularly Indigenous women, who were unable to call for help due to coverage gaps. By the time construction of these new towers is complete along Highway 16 late next year, the project will provide more than 250 km of cellular highway coverage between Prince George and Prince Rupert, improving safety for everyone, including women whose lives may depend on being able to make an emergency call.

As part of its efforts to ensure access to connectivity, Rogers also recently announced an expansion of its low-cost high-speed Internet program Connected for Success to hundreds of thousands of Canadians in its Internet coverage area in Ontario, New Brunswick and Newfoundland. Those receiving income or disability support, the maximum childcare benefit, residents of RGI housing or seniors receiving the Guaranteed Income Supplement are eligible for the program. The Rogers team is excited about future plans in Western Canada, including the opportunity to expand Connected for Success nationally to all communities where the company offers Internet service.

“This dual storm of domestic violence and the pandemic has led to many vulnerable women being trapped with their abuser 24/7, limiting their ability to safely call for emergency resources to help them escape with their children. By providing phones and plans to women, helping amplify voices of those on the frontlines, and investing to improve safety along B.C. highways, we are committed to helping those most in need.”- Rick Sellers, President of British Columbia Region, Rogers

“During the pandemic, transition houses across BC report that access to safe and secure technology, along with digital connectivity, is increasingly required for women and their children to contact safe shelter, support services and lifesaving resources. Many rural and remote communities have daily challenges with connectivity. Sincere thanks from our member programs to Rogers for their leadership on bridging the digital divide in BC with phones and infrastructure that will connect frontline workers to women, children and youth fleeing violence.” - Amy S. FitzGerald, Executive Director, BC Society of Transition Houses

"As we enter a third wave of the pandemic, many Indigenous women living in remote communities are facing increased challenges in escaping violence and abuse. Providing these women with a new phone when they arrive at our shelters will prove to be a valuable tool in keeping them safely connected to family and friends, as well as vital services. Rogers' expanded ‘digital lifeline’ program and planned network expansion are sure to benefit many Indigenous women and children seeking refuge in our shelters."- Sheila Swasson, President, National Aboriginal Circle Against Family Violence

"Violence is never acceptable. As a Province, we must do everything we can to protect the safety of women and children. Cellphones can help sheltering women access services and support, escape from violent situations and begin the process of healing. I want to thank Rogers for expanding its phone program through Women’s Shelters Canada. Together we can support victims of gender-based violence and help people get the care they need quickly.”- The Honourable Lisa Beare, Minister of Citizens’ Services, Province of British Columbia

Bally Basi is the Community, Social and Justice Programs Manager for the Prince George and District Elizabeth Fry Society. She shares her powerful story in this video about the impact of safe connectivity for women escaping violence and abuse.

About RogersRogers is a proud Canadian company dedicated to making more possible for Canadians each and every day. Our founder, Ted Rogers, purchased his first radio station, CHFI, in 1960. We have grown to become a leading technology and media company that strives to provide the very best in wireless, residential, sports, and media to Canadians and Canadian businesses. Our shares are publicly traded on the Toronto Stock Exchange (TSX: RCI.A and RCI.B) and on the New York Stock Exchange (NYSE: RCI). If you want to find out more about us, visit about.rogers.com. 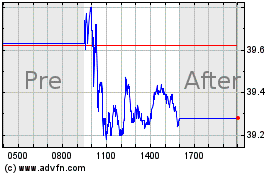