This month's distribution increased from the previous month as the result of primarily an increase in the pricing received for the current month from both the Texas Royalty Properties and now the Waddell Ranch properties during the month of April. This month marks the second contribution from Blackbeard relating to the Waddell Ranch properties. Previously, only the Texas Royalty Properties were contributing to the monthly distribution.

In reporting April production of the Underlying Properties for this month's press release, production for oil volumes was 181,207 (gross) and was priced at about $103.74 per bbl. Production for gas volumes (including gas liquids) was 475,410 Mcf (gross) and was priced at about $5.61 per Mcf, which now includes the value received from plant products and natural gas liquids. Net revenue for the underlying properties of the Waddell ranch was $20,324,483 (gross) for April. Lease Operating Expenses were $4,204,819 (gross) and Capital Expenditures were $12,316,557 (gross) for April, netting to the Net Profit Interest (NPI) of $3,803,108. This would put the Trust's proceeds of 75% as a positive $2,852,331 (net) for the month of April, to contribute to this month's distribution. Given that if current oil and gas pricing continues, Waddell Ranch could continue to contribute to the distribution in the foreseeable future.

Blackbeard has advised the Trustee of the projected 2022 capital expenditure budget for the Waddell Ranch Properties to be an estimated $92 million (net to the Trust) with a projected about 47 new drill wells and 45 recompletions along with about 19 plug and abandoned wells. Of the new drill wells, about 13 will be horizontal drills and about 34 vertical drill wells.

Permian Basin Royalty Trust, as it does after the end of each year, had a year-end Reserve Report prepared in accordance with the Securities and Exchange Commission's requirements. This report provides an evaluation of the estimated asset value as of December 31 of each year, which can be used to estimate the remaining life of the Trust.

With the estimated quantities of this year's reserve estimate of 6.6 million barrels of oil and 11.3 billion cubic feet of gas remaining, it could be estimated that the Trust still has a life span of 8 to 10 years. The report is an exhibit to the Trust's Annual Report on Form 10-K that was filed on March 31, 2021 and is available to all unitholders at this time on the SEC website.

The 2021 Annual Report with Form 10-K and the January 1, 2022 Reserve Summary is now available on Permian's website. Permian's cash distribution history, current and prior year financial reports, tax information booklets, and a link to filings made with the Securities and Exchange Commission, all can be found on Permian's website at http://www.pbt-permian.com/. Additionally, printed reports can be requested and are mailed free of charge. 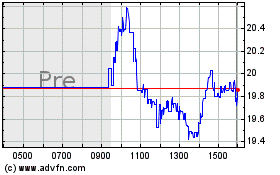