On September 30, 2020, New Mountain Finance Corporation (the “Company”) entered into the Fourth Amendment to Loan and Security Agreement (the “Fourth Amendment”), which amended the Third Amended and Restated Loan and Security Agreement, as amended by the First Amendment thereto, dated as of March 30, 2018 and effective as of April 1, 2018, the Second Amendment thereto, dated as of November 19, 2018, and the Third Amendment thereto, dated as of May 7, 2019 (together with the exhibits and schedules thereto, the “Holdings Credit Facility”), by and among the Company, as the collateral manager, New Mountain Finance Holdings, L.L.C., as the borrower (the “Borrower”), Wells Fargo Bank, National Association ("Wells Fargo Bank"), as the administrative agent (the “Administrative Agent”), the lenders party thereto (the "Lenders"), and Wells Fargo Bank, as collateral custodian.

The description above is qualified in its entirety by reference to the copy of the Fourth Amendment, which is filed as Exhibit 10.1 to this current report on Form 8-K and is incorporated herein by reference thereto. 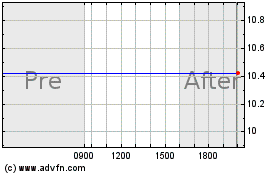