"Despite the ongoing challenges due to COVID-19, lower newborn numbers, and cautious consumer sentiment, we managed to recruit 17,802 new subscribers in the third quarter, keeping us on track to meet our annual target," said Ms. Ting Zheng, Chief Executive Officer and Chairperson of GCBC. "Although the National Health Commission announced a new policy that no cord blood banking license applications would be accepted in 2021, new developments on industry regulations remain largely uncertain. As such, we must continue to communicate with regulatory bodies and remain vigilant regarding other changes that may arise within the industry. We intend to leverage our advantages as the industry leader to increase penetration in existing markets and seize available opportunities to expand our business and services."

REVENUES. Revenues decreased by 13.1% YoY to RMB290.8 million ($44.6 million) in the third quarter of fiscal 2021, mainly due to a drop in new subscribers which resulted in lower revenues from processing fees and other services.

During the reporting quarter, the 2019 novel coronavirus ("COVID-19") pandemic continued to affect the Company's hospital channels and business operations. In addition, newborn numbers in the Company's operating markets remained on a downward trend. These factors led to a 23.9% YoY decrease in new subscribers to 17,802. Revenues generated from processing fees and other services in the reporting quarter decreased by 24.4% YoY to RMB165.2 million ($25.3 million), representing 56.8% of total revenues compared to 65.3% in the prior year period.

GROSS PROFIT. Gross profit for the third quarter decreased by 13.1% YoY to RMB245.9 million ($37.7 million). As general cost reductions resulting from lower volumes were offset by higher costs associated with raw material and labor, gross margin remained at 84.6%, same as in the prior year period.

Research and Development Expenses. As the Company continued to support science and technology advancement related to the utilization of cord blood stem cells through old and new collaborations, research and development expenses in the third quarter increased to RMB9.0 million ($1.4 million) from RMB6.4 million in the prior year period.

Sales and Marketing Expenses. During the reporting quarter, the Company enhanced its marketing and promotional efforts, resulting in higher advertising and promotional expenses. The impact was, however, partially offset by lower staff renumeration on the back of a smaller salesforce. As a result, sales and marketing expenses decreased by 9.1% YoY to RMB69.0 million ($10.6 million).

EARNINGS PER SHARE. Basic and diluted earnings per ordinary share for the third quarter of fiscal 2021 was RMB0.96 ($0.15).

The Company will host a conference call at 8:00 a.m. ET on Thursday, February 25, 2021, to discuss its financial performance and give a brief overview of the Company's recent developments, followed by a question-and-answer session. Interested parties can access the audio webcast through the Company's IR website at http://ir.globalcordbloodcorp.com. A replay of the webcast will be accessible two hours after the conference call and available for seven days at the same URL above. Listeners can also access the call by dialing 1-646-722-4977 or 1-855-824-5644 for US callers, or +852-3027-6500 for Hong Kong callers, access code: 28530146#.

GAAP results for the three months and nine months ended December 31, 2020, include non-cash items related to depreciation and amortization expenses. To supplement the Company's unaudited condensed consolidated financial statements presented on a U.S. GAAP basis, the Company has provided adjusted financial information excluding the impact of these items in this press release. The non-GAAP financial measure represents non-GAAP operating income. Such adjustment is a departure of U.S. GAAP; however, the Company's management believes that these adjusted measures provide investors with a better understanding of how the results relate to the Company's historical performance. Also, management uses non-GAAP operating income as a measurement tool for evaluating actual operating performance compared to budget and prior periods. These adjusted measures should not be considered an alternative to operating income, or any other measure of financial performance or liquidity presented in accordance with U.S. GAAP. These measures are not necessarily comparable to a similarly titled measure of another company. A reconciliation of the adjustments to U.S. GAAP results appears in exhibit 3 accompanying this press release. This additional adjusted information is not meant to be considered in isolation or as a substitute for U.S. GAAP financials. The adjusted financial information that the Company provides also may differ from the adjusted information provided by other companies.

The forward-looking statements included in this press release are subject to risks, uncertainties and assumptions about the Company's businesses and business environments. These statements reflect the Company's current views with respect to future events and are not a guarantee of future performance. Actual results of the Company's operations may differ materially from information contained in the forward-looking statements as a result of risk factors some of which include, among other things: the effects of the current COVID-19 outbreak, including the inability of the Company's salesforce to return to work due to current lockdowns implemented in various cities in the PRC and the imposition by some hospitals in the PRC of restrictions on entrance to solely to hospital staff and patients; levels of consumer confidence in the healthcare services sector generally in the PRC as a result of the outbreak; the length of the COVID-19 outbreak and severity of such outbreak across the globe; the pace of recovery following the COVID-19 outbreak; continued compliance with government regulations regarding cord blood banking in the People's Republic of China, or PRC and any other jurisdiction in which the Company conducts its operations; changing legislation or regulatory environments in the PRC and any other jurisdiction in which the Company conducts its operations; the acceptance by subscribers of the Company's different pricing and payment options and reaction to the introduction of the Company's premium-quality pricing strategy; demographic trends in the regions of the PRC in which the Company is the exclusive licensed cord blood banking operator; labor and personnel relations; the existence of a significant shareholder able to influence and direct the corporate policies of the Company; credit risks affecting the Company's revenue and profitability; changes in the healthcare industry, including those which may result in the use of stem cell therapies becoming redundant or obsolete; the Company's ability to effectively manage its growth, including maintaining effective controls and procedures and attracting and retaining key management and personnel; changing interpretations of generally accepted accounting principles; the availability of capital resources, including in the form of capital markets financing opportunities, in light of legislative developments in the U.S. affecting listed issuers whose independent registered public accounting firms are based in China and not subject to U.S. Public Company Accounting Oversight Board inspections, international pressure on trade and currency against the PRC and its potential impact on the PRC consumer behavior, as well as general economic conditions, and other relevant risks detailed in the Company's filings with the Securities and Exchange Commission in the United States.

This announcement contains translations of certain Renminbi amounts into U.S. dollars at specified rates solely for the convenience of readers. Unless otherwise noted, all translations from Renminbi to U.S. dollars as of and for the period ended December 31, 2020 were made at the noon buying rate of RMB6.5250 to $1.00 on December 31, 2020 in the City of New York for cable transfers in Renminbi per U.S. dollar as certified for customs purposes by the Federal Reserve Bank of New York. Global Cord Blood Corporation makes no representation that the Renminbi or U.S. dollar amounts referred to in this press release could have been or could be converted into U.S. dollars or Renminbi, at any particular rate or at all. 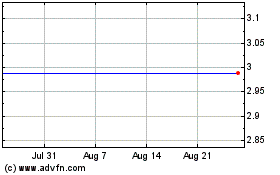 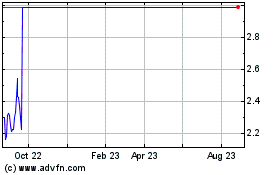 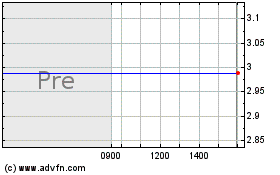