(Former name or former address if changed from last report)

On July 1, 2021, the Company issued $750 million aggregate principal amount of 2.500% senior notes due 2031 (the “Notes”) under an Indenture dated as of May 8, 2009 (the “Base Indenture”), between the Company and The Bank of New York Mellon Trust Company, N.A., as trustee (the “Trustee”), as amended and supplemented by the Second Supplemental Indenture thereto, dated as of July 1, 2021 (the “Second Supplemental Indenture” and, together with the Base Indenture, the “Indenture”), between the Company and the Trustee.

Interest on the Notes is payable on January 1 and July 1 of each year, beginning on January 1, 2022, at a rate of 2.500% per year, and the Notes mature on July 1, 2031. None of our existing or future subsidiaries guarantee the Notes.

If the Company experiences certain events that constitute a change of control triggering event, the Company must offer to repurchase the Notes at a repurchase price equal to 101% of the principal amount of the Notes repurchased, plus accrued and unpaid interest, if any, to, but excluding, the date of purchase.

The Second Supplemental Indenture also provides for certain events of default which, if any of them occurs, would permit or require the principal of and accrued interest on the Notes to become or to be declared due and payable.

The terms of the Notes, the Base Indenture and the Second Supplemental Indenture are further described in the Prospectus Supplement dated June 17, 2021 relating to the Notes, filed with the Commission on June 21, 2021 (the “Prospectus Supplement”), under the caption “Description of the notes,” and the accompanying Prospectus dated November 6, 2018, under the captions “Description of debt securities” and “Description of guarantees of certain debt securities.” The descriptions do not purport to be complete and are qualified by reference to the Base Indenture, the Second Supplemental Indenture and the form of Notes, which are filed as Exhibits 4.1, 4.2 and 4.3, respectively, to this Current Report and are incorporated herein by reference.

The Credit Agreement, which matures on July 1, 2026, provides the Company with revolving commitments in an aggregate principal amount of up to $750 million, with a letter of credit sub-facility of $40 million and with a swingline loan sub-facility of $25 million. The Credit Agreement also provides the Company with an uncommitted incremental facility in an aggregate principal amount of up to $375 million. The proceeds of the Loans (under and as defined in the Credit Agreement) will be used only to finance the working capital needs, and for general corporate purposes, of the Borrower and its Subsidiaries including, without limitation, to finance working capital needs, to refinance indebtedness (including the Refinancing) and to finance acquisitions and similar investments.

The Company may elect that the Loans comprising each borrowing bear interest at a rate per annum equal to either a base rate or LIBOR rate, in each case, plus an Applicable Rate based on the Company’s senior unsecured long-term debt rating. The Credit Agreement also contains customary LIBOR replacement language.

The Credit Agreement contains certain covenants that, among other things, impose restrictions on the business of the Company and certain Subsidiaries, in each case, with certain exceptions, thresholds or caps that are permitted. The restrictions that these covenants place on the Company include, but are not limited to, limitations on their ability to:

The description relating to the Refinancing in Item 1.01 of this Current Report is incorporated herein by reference.

Item 2.03           Creation of a Direct Financial Obligation or an Obligation Under an Off-Balance Sheet Arrangement of a Company.

The description relating to the Indenture and the Notes and the Credit Agreement in Item 1.01 of this Current Report is incorporated herein by reference.

In addition, in connection with the Offering, the Company is filing the opinion of Sidley Austin LLP as part of this Current Report that is to be incorporated by reference into the Registration Statement. The foregoing opinion is filed herewith as Exhibit 5.1 and is incorporated herein by reference. 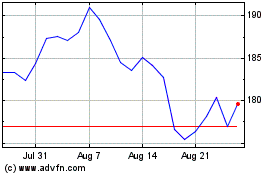 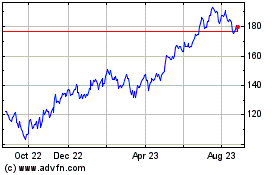 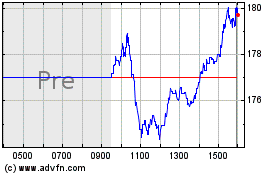