Centerra Gold Inc. (“Centerra” or the “Company”) (TSX: CG) (NYSE: CGAU) today announced that it had initiated proceedings in the Ontario Superior Court of Justice against Tengiz Bolturuk, a former member of its Board of Directors, in response to flagrant breaches of his fiduciary duties to the Company related to the recent seizure of the Kumtor Mine by the Government of the Kyrgyz Republic.

Centerra seeks to enjoin Mr. Bolturuk, who was nominated to the Board by the Kyrgyz state-owned entity and Centerra shareholder Kyrgyzaltyn JSC, from direct or indirect involvement in the management of the Kumtor Mine as well as engaging in further breaches of fiduciary and confidentiality duties owed to the Company.

As previously announced, the Company is investigating recent conduct by Kyrgyzaltyn JSC, including Mr. Bolturuk, its former nominee. Mr. Bolturuk, a dual Canadian and Kyrgyz citizen, joined the Centerra Board in December 2020 and resigned on May 17, 2021. Two days after his resignation, the Kyrgyz authorities announced that the Kyrgyz Government had appointed Mr. Bolturuk as the “external manager” of Centerra’s wholly owned subsidiary, Kumtor Gold Company (“KGC”), which operated the Kumtor Mine until its unjustified seizure.

Based on information available to date, the Company has learned that, prior to his resignation from Centerra’s Board, Mr. Bolturuk had been in discussions with the Kyrgyz Government and others regarding plans to seize control of the Kumtor Mine in violation of Centerra’s longstanding investment agreements. Mr. Bolturuk did not disclose this information to Centerra.

In addition, Centerra has learned that on May 12, 2021, prior to the seizure of the mine, Kyrgyzaltyn JSC attempted to divert approximately US$29 million to an unauthorized bank account using a forged payment instruction sent to a third party. The account was purportedly opened in the name of KGC. This attempted fraud was identified by the third party and was not successful.

Scott Perry, President and Chief Executive Officer of Centerra, said: “We can assure our shareholders that we are pursuing all avenues available to us in connection with recent events, including against any persons who violate their obligations to Centerra and its shareholders. In the meantime, to deflect attention from their unprecedented and unprovoked seizure of the Kumtor Mine, Kyrgyz officials and Mr. Bolturuk continue to make unjustified claims related to environmental and safety conditions in the past operation of the Kumtor Mine that are entirely meritless and have no justification under longstanding investment agreements or applicable law.”

While it was controlled by Centerra, KGC operated Kumtor to international standards of environmental management and occupational health and safety and to the mutual benefit of the Company and the Kyrgyz Republic, where Kumtor is the largest taxpayer. Shortly before the Kyrgyz Government took control of the mine, all key safety, monitoring and operational systems were functioning properly. Centerra did not disable any such systems, and the mine was operating without incident.

Mr. Perry added: “We remain willing and available to engage with the Kyrgyz Government in a constructive dialogue on the matters it considers to be the subject of dispute. At the same time, the hostile actions of the Government leave us no choice but to continue to protect the interests of Centerra and its shareholders through all legal means.”

About Centerra Centerra Gold Inc. is a Canadian-based gold mining company focused on operating, developing, exploring and acquiring gold properties in North America, Asia and other markets worldwide and is one of the largest Western-based gold producers in Central Asia. Centerra owns three mines, the Kumtor Mine in the Kyrgyz Republic, the Mount Milligan Mine in British Columbia, Canada and the Öksüt Mine in Turkey. Centerra’s shares trade on the Toronto Stock Exchange (TSX) under the symbol CG and on the New York Stock Exchange (NYSE) under the symbol CGAU. The Company is based in Toronto, Ontario, Canada.

Caution Regarding Forward-Looking InformationInformation contained in this document which are not statements of historical facts may be “forward-looking information” for the purposes of Canadian securities laws and within the meaning of the United States Private Securities Litigation Reform Act of 1995. Such forward-looking information involves risks, uncertainties and other factors that could cause actual results, performance, prospects and opportunities to differ materially from those expressed or implied by such forward looking information. The words “believe”, “expect”, “anticipate”, “contemplate”, “plan”, “intends”, “continue”, “budget”, “estimate”, “may”, “will”, “schedule”, “understand” and similar expressions identify forward-looking information. These forward-looking statements relate to, among other things: the court proceedings by the Company against Mr. Bolturuk and the potential for obtaining injunctive relief or other remedies thereunder; and the Company’s pursuit of other legal means and the potential for such legal avenues to protect its and its stakeholders interests.

Forward-looking information is necessarily based upon a number of estimates and assumptions that, while considered reasonable by Centerra, are inherently subject to significant technical, political, business, economic and competitive uncertainties and contingencies. Known and unknown factors could cause actual results to differ materially from those projected in the forward-looking information. Factors and assumptions that could cause actual results or events to differ materially from current expectations include, among other things: political risks associated with the Company’s operations in the Kyrgyz Republic; the ongoing failure of the Kyrgyz Republic Government to comply with its continuing obligations under the 2017 Strategic Agreement on Environmental Protection and Investment Promotion and the 2009 Restated Project Agreements governing the Kumtor Mine to allow for the continued operation of the Kumtor mine by KGC and Kumtor Operating Company (“KOC”) and not take any expropriation action against the Kumtor mine; actions by the Kyrgyz Republic Government, any state agency or the General Prosecutor's Office or any representative thereof, including Mr. Bolturuk, that serve to restrict or otherwise interfere with the payment of funds by KGC and KOC to Centerra; resource nationalism including the management of external stakeholder expectations; the impact of changes in, or to the more aggressive enforcement of, laws, regulations and government practices, including unjustified civil or criminal action against the Company, its affiliates or its current or former employees, including the interaction of claims of harm to the environment or human health with the new Kyrgyz Republic law that enabled imposition of external management on the Kumtor Mine by the Kyrgyz Republic Government; potential impact on the Kumtor mine of investigations by Kyrgyz Republic instrumentalities; the inability of the Company and its subsidiaries to enforce their legal rights in certain circumstances before the Ontario Superior Court of Justice, in arbitration or in any other forum or to enforce any favourable order or arbitral judgement awarded against Mr. Bolturuk and/or the Kyrgyz Republic; or the presence of a significant shareholder of the Company that is a state-owned company of the Kyrgyz Republic. For additional risk factors, please see section titled “Risks Factors” in the Company’s most recently filed Annual Information Form available on SEDAR at www.sedar.com and EDGAR www.sec.gov/edgar. 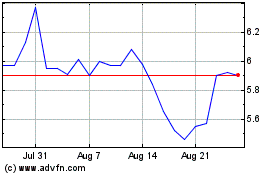 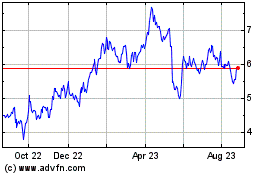 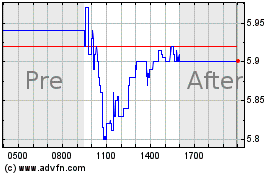