Banco Bilbao Vizcaya Argentaria SA on Friday pledged to reduce to zero its exposure to coal-related activities over the next 20 years in an effort to align its financed emissions with the Paris Agreement on climate change.

The Spanish bank said its goal is "to have zero exposure to coal clients in developed countries by 2030 and by 2040 globally."

To do so, BBVA said it will progressively stop financing companies whose coal-based activities represent more than 5% of their revenue. It will make exceptions for companies that exceed the 5% threshold but that apply for credits and loans to fund low-carbon projects, BBVA said.

"We will actively help our clients in this journey, supporting them with financing and advice in their transition to models based on sustainable energy sources," said BBVA's Executive Chairman Carlos Torres Vila.

BBVA also said it won't provide financing to oil producers that derive more than 10% of their production from tar sands and that don't have a diversification strategy. It added that it won't finance projects associated with the exploration, production and transport of tar sands.

However, BBVA said it could make exceptions for existing and under-construction coal plants and companies generating coal-based power that operate in countries with a "high level of energy dependency or no viable alternatives."

The bank said it plans to give more details on its environmental plans and targets for its clients in the most polluting industries over the next few months.

BBVA added that it is on track to reach its goal of mobilizing 100 billion euros ($120.26 billion) for sustainable projects before 2025. 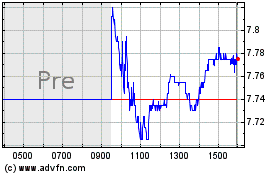