As previously announced, on January 24, 2021, TS Innovation Acquisitions Corp. (the “Company”) entered into an Agreement and Plan of Merger (the “Merger Agreement”), by and among the Company, Latch, Inc. (now known as Latch Systems, Inc.), a Delaware corporation (“Latch”), and Lionet Merger Sub Inc., a Delaware corporation and a wholly owned subsidiary of the Company (“Merger Sub”), pursuant to which Merger Sub will merge with and into Latch, with Latch surviving the merger as a wholly owned subsidiary of the Company (the “Business Combination”). On June 3, 2021, the Company held a special meeting in lieu of the 2021 annual meeting of stockholders (the “Special Meeting”) in connection with the Business Combination. At the Special Meeting, stockholders of the Company were asked to consider and vote on the proposals identified in the definitive proxy statement/prospectus that it filed with the U.S. Securities and Exchange Commission (the “SEC”) on May 12, 2021 (the “Definitive Proxy”).

Proposals 1, 2, 3, 4, 5 and 6 below were approved and, although sufficient votes were received to approve Proposal 7, an adjournment of the Special Meeting was not necessary due to the approval of Proposals 1, 2, 3, 4, 5 and 6. The number of votes cast for or against, as well as abstentions and broker non-votes, if applicable, with respect to each proposal is set out below:

Proposal 3: To consider and act upon, on a non-binding advisory basis, a separate proposal with respect to certain governance provisions in the Proposed Charter in accordance with SEC requirements (the “Governance Proposal”).

The Governance Proposal 3C. To require the vote of at least two-thirds (66 and 2/3%) of the voting power of the outstanding shares of capital stock of the Company to adopt, amend, alter, repeal or rescind the bylaws of the Company following the consummation of the Business Combination. The Governance Proposal 3C was approved by the following vote:

In connection with the Business Combination, holders of 5,916 shares of the Company’s Class A common stock exercised their right to redeem their shares for cash at a redemption price of approximately $10.00 per share, for an aggregate redemption amount of $59,161.91.

On June 3, 2021, Latch and the Company issued a press release announcing the stockholder approval of the Business Combination.

The press release is attached hereto as Exhibit 99.1 and incorporated by reference herein. 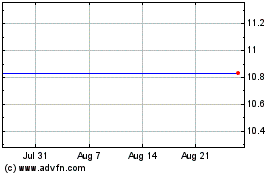 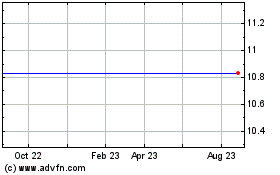 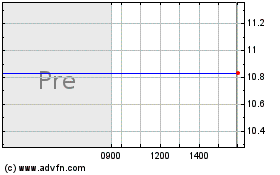