"We are pleased to share that our recent discussions with the FDA support our plans to submit a BLA for RGX-121 in 2024 using the accelerated approval pathway, which was created to allow for expedited development of drugs that treat serious conditions and provide a meaningful advantage over available therapies based on a surrogate endpoint," said Kenneth T. Mills, President and Chief Executive Officer of REGENXBIO. "We believe RGX-121 for the treatment of Hunter Syndrome has demonstrated emerging positive impact on neurodevelopmental function, and we intend to advance this program as quickly as possible with the aim of providing a much-needed new treatment option for the MPS II community."

"The accelerated approval pathway gives patients access to potentially life-changing therapeutics sooner, which is why it is a critical tool for the over 7,000 rare diseases, most of which lack FDA-approved treatments," said Joseph Muenzer, MD, PhD, Bryson Distinguished Professor in Pediatrics Genetics, and Director, MPS Research and Treatment Program, University of North Carolina at Chapel Hill. "Boys with MPS II do not have time to wait. I am encouraged by FDA's commitment to advance therapies for rare diseases and their willingness to consider this important pathway for RGX-121."

The ongoing Phase I/II trial of RGX-121 in children up to five years old has been expanded into a pivotal Phase I/II/III trial, named CAMPSIITE™. A BLA filing in 2024 is expected to be supported by endpoints in the pivotal program, including changes from baseline of glycosaminoglycans (GAGs) in the cerebrospinal fluid (CSF) at four months. GAGs in the CSF have the potential to be considered a surrogate biomarker that is reasonably likely to predict clinical benefit in MPS II disease under the accelerated approval pathway, as buildup of GAGs in the CSF of MPS II patients correlates with clinical manifestations, including neurodevelopmental deficits.

As presented in February 2022, preliminary results from REGENXBIO's Phase I/II trial of RGX-121 indicated that RGX-121 continued to be well-tolerated with dose-dependent reductions of GAGs in the CSF, with patients in Cohort 3 approaching normal levels of certain GAGs in the CSF. Measures of neurodevelopmental function from patients in Cohorts 1 and 2 demonstrated continued developmental skill acquisition up to 2 years after RGX-121 administration.

"MPS II families are in need of a treatment option that can address the neurodevelopmental decline associated with this disease that available enzyme replacement therapies cannot," said Terri Klein, President and CEO of the National MPS Society. "We are encouraged by today's announcement and the hope that a one-time gene therapy offers this community."

CAMPSIITE is a multicenter, open-label trial enrolling boys with MPS II, aged 4 months up to five years of age. CAMPSIITE is now expected to enroll up to 10 MPS II patients to support the BLA filing using the accelerated approval pathway, with the potential to enroll additional patients. These patients will receive a dose of 2.9x1011 GC/g of brain mass of RGX-121, which is the same dose being evaluated in Cohort 3 of the Phase I/II trial. The pivotal program is using commercial-scale cGMP material from REGENXBIO's proprietary, high-yielding suspension-based manufacturing process, named NAVXPress™. In addition to measuring GAGs in the CSF, the trial will continue to collect neurodevelopmental data and caregiver-reported outcomes.

CAMPSIITE is a global trial, which is expected to include sites in the United States, Brazil and Canada. REGENXBIO has begun dosing patients in the pivotal program.

"MPS II patients face irreversible neurodevelopmental decline that significantly impacts a child's daily life and life expectancy," said Paul Harmatz, MD, professor, UCSF Department of Pediatrics, and principal investigator of the CAMPSIITE study. "Current therapies are inadequate, so we are excited to be a part of this study and eager to see the potential impact on patients."

REGENXBIO plans to share new RGX-121 data at the Society for the Study of Inborn Errors of Metabolism (SSIEM) Annual Symposium on August 31, 2022.

About RGX-121
RGX-121 is designed to use the NAV AAV9 vector to deliver the human iduronate-2-sulfatase gene (IDS) which encodes the iduronate-2-sulfatase (I2S) enzyme to the central nervous system (CNS). Delivery of the IDS gene within cells in the CNS could provide a permanent source of secreted I2S beyond the blood-brain barrier, allowing for long-term cross correction of cells throughout the CNS and consequent reduction of GAGs. RGX-121 has received orphan drug product, rare pediatric disease and Fast Track designations from the U.S. Food and Drug Administration.

About Mucopolysaccharidosis Type II (MPS II)
MPS II, or Hunter Syndrome, is a rare, X-linked recessive disease caused by a deficiency in the lysosomal enzyme iduronate-2-sulfatase (I2S) leading to an accumulation of glycosaminoglycans (GAGs) in tissues which ultimately results in cell, tissue, and organ dysfunction, including in the central nervous system (CNS). MPS II is estimated to occur in 1 in 100,000 to 170,000 births. In severe forms of the disease, early developmental milestones may be met, but developmental delay is readily apparent by 18 to 24 months. Specific treatment to address the neurological manifestations of MPS II remains a significant unmet medical need. Key biomarkers of I2S enzymatic activity in MPS II patients have been shown to correlate with neurodevelopmental manifestations of the disorder.

About REGENXBIO Inc.
REGENXBIO is a leading clinical-stage biotechnology company seeking to improve lives through the curative potential of gene therapy. REGENXBIO's NAV Technology Platform, a proprietary adeno-associated virus (AAV) gene delivery platform, consists of exclusive rights to more than 100 novel AAV vectors, including AAV7, AAV8, AAV9 and AAVrh10. REGENXBIO and its third-party NAV Technology Platform Licensees are applying the NAV Technology Platform in the development of a broad pipeline of candidates, including late-stage and commercial programs, in multiple therapeutic areas. REGENXBIO is committed to a "5x'25" strategy to progress five AAV Therapeutics from our internal pipeline and licensed programs into pivotal-stage or commercial products by 2025.

This press release includes "forward-looking statements," within the meaning of Section 27A of the Securities Act of 1933, as amended, and Section 21E of the Securities Exchange Act of 1934, as amended. These statements express a belief, expectation or intention and are generally accompanied by words that convey projected future events or outcomes such as "believe," "may," "will," "estimate," "continue," "anticipate," "assume," "design," "intend," "expect," "could," "plan," "potential," "predict," "seek," "should," "would" or by variations of such words or by similar expressions. The forward-looking statements include statements relating to, among other things, REGENXBIO's future operations and clinical trials. REGENXBIO has based these forward-looking statements on its current expectations and assumptions and analyses made by REGENXBIO in light of its experience and its perception of historical trends, current conditions and expected future developments, as well as other factors REGENXBIO believes are appropriate under the circumstances. However, whether actual results and developments will conform with REGENXBIO's expectations and predictions is subject to a number of risks and uncertainties, including the timing of enrollment, commencement and completion and the success of clinical trials conducted by REGENXBIO, its licensees and its partners, the timing of commencement and completion and the success of preclinical studies conducted by REGENXBIO and its development partners, the timely development and launch of new products, the ability to obtain and maintain regulatory approval of product candidates, the ability to obtain and maintain intellectual property protection for product candidates and technology, trends and challenges in the business and markets in which REGENXBIO operates, the size and growth of potential markets for product candidates and the ability to serve those markets, the rate and degree of acceptance of product candidates, the impact of the COVID-19 pandemic or similar public health crises on REGENXBIO's business, and other factors, many of which are beyond the control of REGENXBIO. Refer to the "Risk Factors" and "Management's Discussion and Analysis of Financial Condition and Results of Operations" sections of REGENXBIO's Annual Report on Form 10-K for the year ended December 31, 2021, and comparable "risk factors" sections of REGENXBIO's Quarterly Reports on Form 10-Q and other filings, which have been filed with the U.S. Securities and Exchange Commission (SEC) and are available on the SEC's website at www.sec.gov. All of the forward-looking statements made in this press release are expressly qualified by the cautionary statements contained or referred to herein. The actual results or developments anticipated may not be realized or, even if substantially realized, they may not have the expected consequences to or effects on REGENXBIO or its businesses or operations. Such statements are not guarantees of future performance and actual results or developments may differ materially from those projected in the forward-looking statements. Readers are cautioned not to rely too heavily on the forward-looking statements contained in this press release. These forward-looking statements speak only as of the date of this press release. Except as required by law, REGENXBIO does not undertake any obligation, and specifically declines any obligation, to update or revise any forward-looking statements, whether as a result of new information, future events or otherwise. 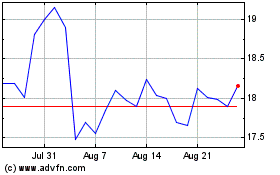 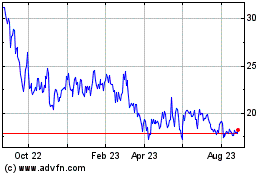 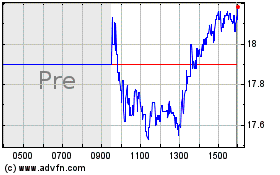