Sian Capital, LLC (together with its affiliates, “Sian” or “we”), a sizable stockholder with beneficial ownership of approximately 3% of OPKO Health, Inc.'s (NASDAQ: OPK) (“OPKO” or the “Company”) outstanding common stock, today released a detailed presentation outlining viable paths to unlocking the Company’s tremendous upside potential following years of significant underperformance and value destruction. In addition, Sian released a demand letter that it has sent OPKO pursuant to Delaware Law. These materials are available at https://siancapital.com/resources/.

“OPKO’s stockholders have been forced to endure billions of dollars in losses due to, in our view, leadership’s missteps, poor communication and self-interested decisions. Rather than take prompt steps to increase stockholder value, we contend that Chairman and Chief Executive Officer Dr. Phillip Frost and the Company’s leadership team have ignored high-potential opportunities in the marketplace and demonstrated an inability to unlock the true value of the Company’s prized assets. In addition, we believe Dr. Frost and his associates have given disinterested stockholders cause for significant concern by filing for approval under the Hart–Scott–Rodino Antitrust Improvements Act to increase their ownership to more than 50% and by purchasing stock (at all-time lows) frequently from January through June. It is time for OPKO’s leadership to honor its fiduciary duties and quickly move to deliver the value that long-suffering investors deserve.

“Sian has spent months conducting industry research, holding conversations with ex-employees and consultants, and engaging with potential acquirers for OPKO’s presently undervalued assets. We have provided OPKO with a roadmap for success and tried to sustain a productive dialogue. It is time for a viable, value-enhancing roadmap to be implemented at OPKO.”

A summary of Sian’s detailed presentation is as follows:

We believe BioReference (“BRL”) is worth $3 billion to $6 billion given its true annual earnings power is between $300 million and $400 million.

Today on OPKO’s earnings call, investors and sell-side analysts will have the ability to ask management important questions. We believe if investors ask these questions and read through our presentation, they will have little trouble in understanding the staggering disconnect between OPKO’s current trading value and its current market value:

Do you believe Somatrogon can produce a 9-figure royalty stream, and given OPKO is not getting anywhere near the true value for the asset today, would you consider selling some of the royalty, which would bring in near-term cash to be used to purchase undervalued shares back, a dividend or other accretive uses? If so, do you believe there is interest for these assets?

1) BioReference’s margins are less than half that of Quest and LabCorp. Is there an opportunity to close that margin gap at least partway, or is 10% the maximum BioReference can produce?2) Dr. Jon R. Cohen, CEO of BioReference, has described the COVID-19 “halo effect” which has helped grow the BRL base customer business, in turn increasing the base business growth rate. Is this still the case?3) Rayaldee is already a royalty stream, licensed to Vifor Pharma in Europe and JT in Japan, however OPKO has an 89-person sales force1 to sell Rayaldee in the U.S., which is subscale. We believe management should consider also licensing the current use of Rayaldee in the U.S., thereby incurring $75 million in cost savings while still receiving a rapidly growing royalty stream. Is management open to considering additional usage licenses of Rayaldee in the U.S.?4) Is management confident in the prospects of success for Rayaldee’s trial as a treatment of COVID-19 for mild to moderate symptoms with two primary endpoints?

We believe if investors ask these questions on today’s earnings call, it will become quickly clear why there is such a staggering disconnect between OPKO’s market price and its intrinsic value.

We expect management to cite the inflection and tailwinds in their business, but should any investors remain unsatisfied, we will be hosting a conference call to be announced after the earnings release. 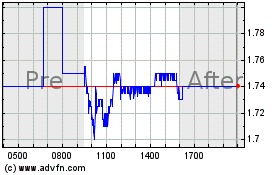