Dozens of server models from ASUS, Foxconn Industrial Internet, GIGABYTE, QCT, Supermicro and Wiwynn are expected starting in the first half of 2023. The Grace-powered systems will join x86 and other Arm-based servers to offer customers a broad range of choice for achieving high performance and efficiency in their data centers.

“A new type of data center is emerging — AI factories that process and refine mountains of data to produce intelligence — and NVIDIA is working closely with our Taiwan partners to build the systems that enable this transformation,” said Ian Buck, vice president of Hyperscale and HPC at NVIDIA. “These new systems from our partners, powered by our Grace Superchips, will bring the power of accelerated computing to new markets and industries globally.”

The coming servers are based on four new system designs featuring the Grace CPU Superchip and Grace Hopper Superchip, which NVIDIA announced at its two most recent GTC conferences. The 2U form factor designs provide the blueprints and server baseboards for original design manufacturers and original equipment manufacturers to quickly bring to market systems for the NVIDIA CGX™ cloud gaming, NVIDIA OVX™ digital twin and the NVIDIA HGX™ AI and HPC platforms.

To learn more about NVIDIA Grace, watch the Computex keynote on Tuesday, May 24, at 11 a.m. Taiwan time.

About NVIDIANVIDIA’s (NASDAQ: NVDA) invention of the GPU in 1999 sparked the growth of the PC gaming market and has redefined modern computer graphics, high performance computing, and artificial intelligence. The company’s pioneering work in accelerated computing and AI is reshaping trillion-dollar industries, such as transportation, healthcare and manufacturing, and fueling the growth of many others. More information at https://nvidianews.nvidia.com/.

Certain statements in this press release including, but not limited to, statements as to: the benefits, impact, performance, specifications, and availability of our products and technologies, including the NVIDIA Grace CPU Superchip, the Grace Hopper Superchip, and the Grace server portfolio; Taiwan’s leading computer makers releasing the first wave of systems powered by the NVIDIA Grace CPU Superchip and Grace Hopper Superchip; the emergence of a new type of data center; new systems bringing the power of AI to new markets and industries globally; and the expected timing of the first certifications of OEM servers using the NVIDIA Grace CPU Superchip and Grace Hopper Superchip are forward-looking statements that are subject to risks and uncertainties that could cause results to be materially different than expectations. Important factors that could cause actual results to differ materially include: global economic conditions; our reliance on third parties to manufacture, assemble, package and test our products; the impact of technological development and competition; development of new products and technologies or enhancements to our existing product and technologies; market acceptance of our products or our partners' products; design, manufacturing or software defects; changes in consumer preferences or demands; changes in industry standards and interfaces; unexpected loss of performance of our products or technologies when integrated into systems; as well as other factors detailed from time to time in the most recent reports NVIDIA files with the Securities and Exchange Commission, or SEC, including, but not limited to, its annual report on Form 10-K and quarterly reports on Form 10-Q. Copies of reports filed with the SEC are posted on the company's website and are available from NVIDIA without charge. These forward-looking statements are not guarantees of future performance and speak only as of the date hereof, and, except as required by law, NVIDIA disclaims any obligation to update these forward-looking statements to reflect future events or circumstances.

© 2022 NVIDIA Corporation. All rights reserved. NVIDIA, the NVIDIA logo, BlueField, NVIDIA CGX, NVIDIA Grace, NVIDIA HGX, NVIDIA Hopper, NVIDIA Omniverse, NVIDIA OVX, NVIDIA RTX, NVIDIA-Certified Systems and NVLink are trademarks and/or registered trademarks of NVIDIA Corporation in the U.S. and other countries. All other trademarks and copyrights are the property of their respective owners. Features, pricing, availability, and specifications are subject to change without notice.

A photo accompanying this announcement is available at https://www.globenewswire.com/NewsRoom/AttachmentNg/f4f54f58-989d-44be-bf17-f3b2cdcdbe48 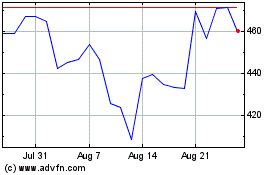 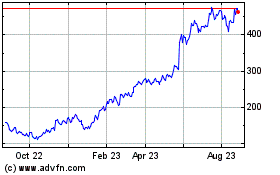 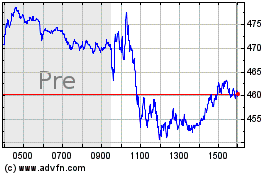