United Therapeutics initially filed a patent infringement lawsuit in June 2020 in response to a New Drug Application (NDA) filed by Liquidia with the U.S. Food and Drug Administration (FDA) requesting approval to market LIQ861, a dry powder inhalation formulation of treprostinil. The NDA was filed under the 505(b)(2) regulatory pathway with United Therapeutics' product, Tyvaso® (treprostinil) Inhalation Solution, as the reference listed drug. In April 2020, United Therapeutics received a Paragraph IV notification letter from Liquidia indicating that Liquidia's NDA contains a certification alleging that LIQ861 will not infringe any of the patents then listed in the Orange Book for Tyvaso because those patents are not valid, not enforceable, and/or will not be infringed by the commercial manufacture, use, or sale of LIQ861. In response, United Therapeutics sued Liquidia for infringing two patents, U.S. Patent Nos. 9,604,901 and 9,593,066, and later added a third patent, U.S. Patent No. 10,716,793, in the United States District Court for the District of Delaware.

As a result of United Therapeutics' lawsuit, FDA is precluded from approving LIQ861 until the expiration of a 30-month stay in October 2022, or the entry of final judgment in the litigation, whichever comes first.

The case is currently scheduled for trial in March 2022.

United Therapeutics: Enabling Inspiration
United Therapeutics Corporation focuses on the strength of a balanced, value-creating biotechnology model. We are confident in our future thanks to our fundamental attributes, namely our obsession with quality and innovation, the power of our brands, our entrepreneurial culture, and our bioinformatics leadership. We also believe that our determination to be responsible citizens – having a positive impact on patients, the environment, and society – will sustain our success in the long term.

Through our wholly owned subsidiary, Lung Biotechnology PBC, we are focused on addressing the acute national shortage of transplantable lungs and other organs with a variety of technologies that either delay the need for such organs or expand the supply. Lung Biotechnology is the first public benefit corporation subsidiary of a public biotechnology or pharmaceutical company.

Forward-looking Statements
Statements included in this press release that are not historical in nature are "forward-looking statements" within the meaning of the Private Securities Litigation Reform Act of 1995. Forward-looking statements include, among others, statements relating to our litigation plans concerning Liquidia and its product LIQ861, the impact on that litigation on the potential timing of FDA approval for LIQ861, our ability to create value and sustain our success in the long-term, as well as our efforts to develop technologies that either delay the need for transplantable organs or expand the supply of transplantable organs. These forward-looking statements are subject to certain risks and uncertainties, such as those described in our periodic reports filed with the Securities and Exchange Commission, that could cause actual results to differ materially from anticipated results. Consequently, such forward-looking statements are qualified by the cautionary statements, cautionary language and risk factors set forth in our periodic reports and documents filed with the Securities and Exchange Commission, including our most recent Annual Report on Form 10-K, Quarterly Reports on Form 10-Q, and Current Reports on Form 8-K. We claim the protection of the safe harbor contained in the Private Securities Litigation Reform Act of 1995 for forward-looking statements. We are providing this information as of June 7, 2021, and assume no obligation to update or revise the information contained in this press release whether as a result of new information, future events or any other reason.

TYVASO is a registered trademark of United Therapeutics Corporation. 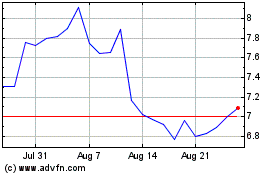 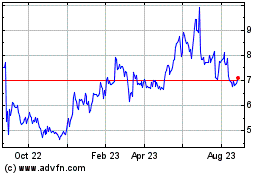 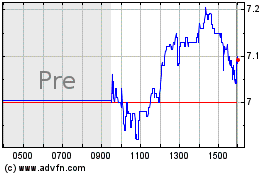