13.20
0.2358 (1.82%)
Upgrade to Real-Time
Afterhours
13.20
Proxy Statement (definitive) (def 14a)
July 15 2021 - 01:50PM
Edgar (US Regulatory)
UNITED STATES
SECURITIES AND EXCHANGE COMMISSION
Washington, DC 20549
SCHEDULE 14A
(RULE 14a-101)
SCHEDULE 14A INFORMATION
Proxy Statement Pursuant to Section 14(a)
of the Securities Exchange Act of 1934
(Amendment No. )
Filed by the registrant ☒
Filed by a party other than the registrant  ☐
KEWAUNEE SCIENTIFIC CORPORATION
2700 West Front Street
Statesville, North Carolina 28677-2927
Thomas D. Hull III
President and
Chief Executive Officer
July 15, 2021
TO OUR STOCKHOLDERS:
You are cordially invited to attend the Annual Meeting of Stockholders of Kewaunee Scientific Corporation (the “Company”), which will be held via a live webcast at www.virtualshareholdermeeting.com/KEQU2021, on August 25, 2021, at 10:00 A.M. Central Daylight Time.
During the meeting, management will review with you the Company’s past year’s performance and the major developments which occurred during the year. There will be an opportunity for stockholders to ask questions about the Company and its operations. We hope you will be able to join us.
To ensure that your shares are represented during the meeting, please vote your shares as soon as possible. The proxy is revocable and will not affect your right to vote at the meeting if you are able to participate in the virtual meeting. YOUR VOTE IS IMPORTANT!
The Company’s 2021 Annual Report to Stockholders accompanies the attached Proxy Statement.
Sincerely yours,

NOTICE OF ANNUAL MEETING OF STOCKHOLDERS 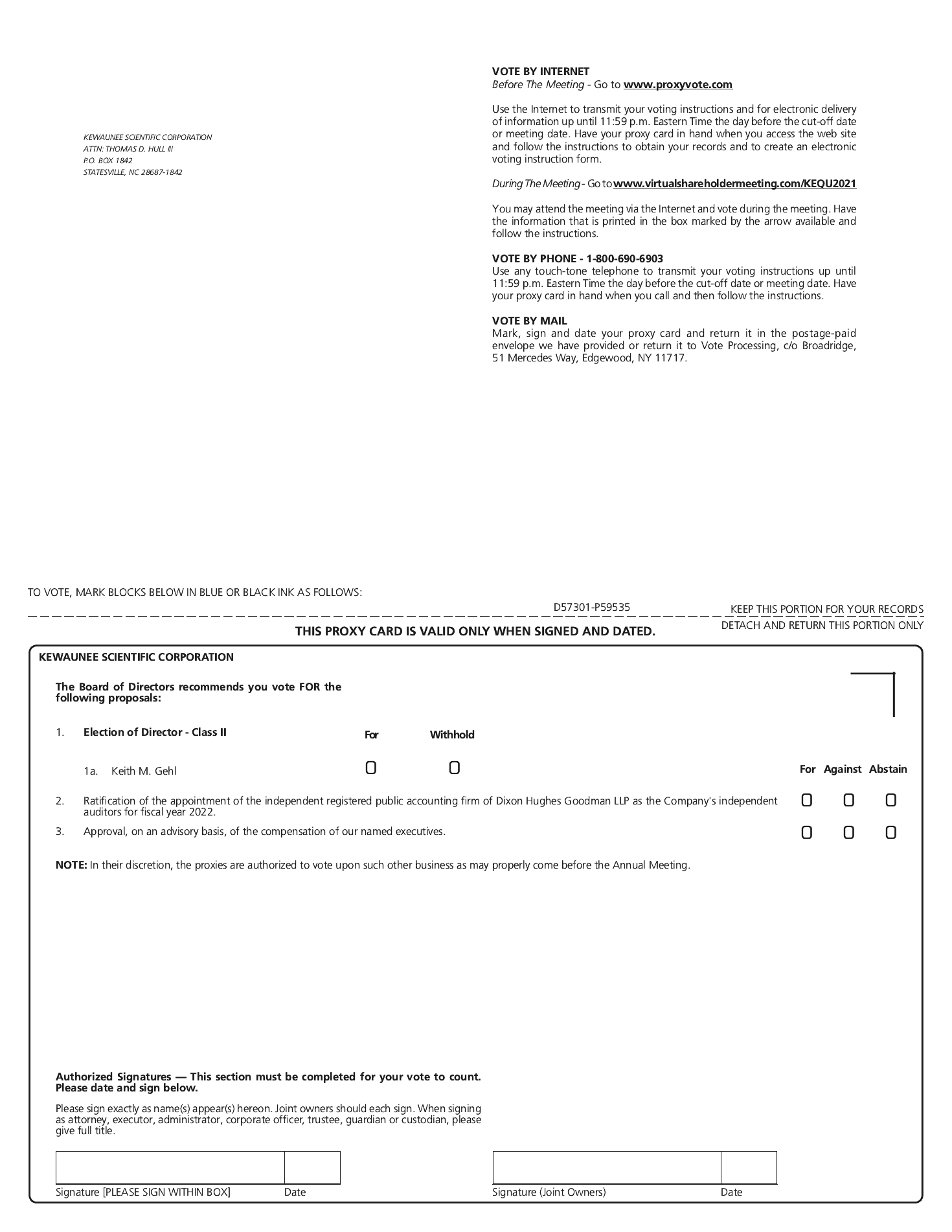 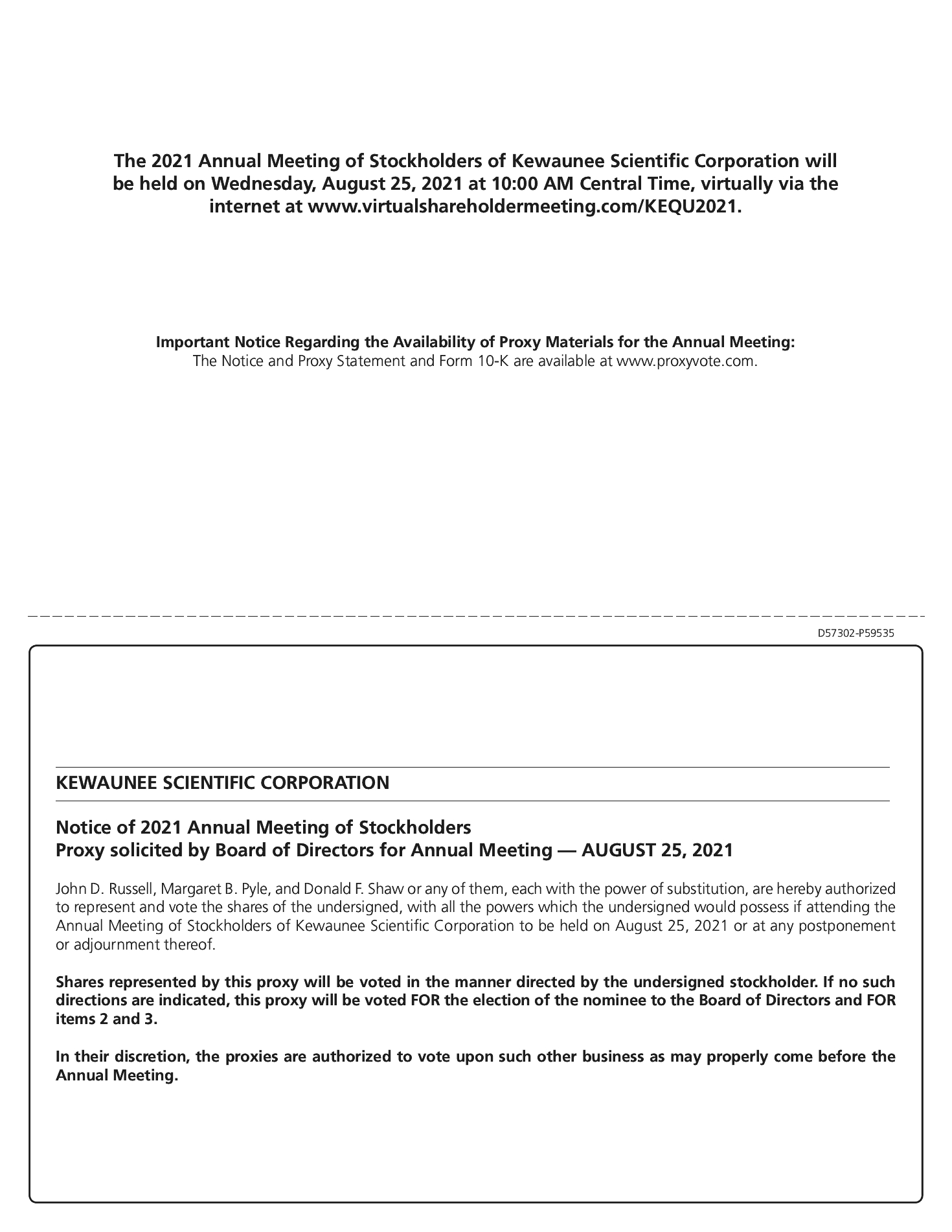 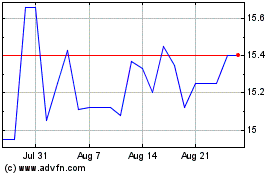 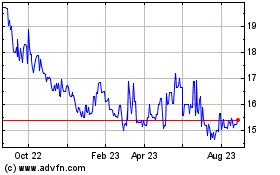 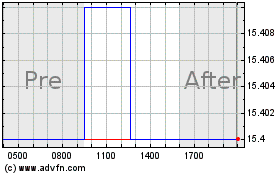