6.76
-0.14 (-2.03%)
Upgrade to Real-Time
Regular Market
6.76
Current Report Filing (8-k)
October 19 2020 - 08:03AM
Edgar (US Regulatory)
0001069996false14050 N.W. 14th StreetSuite 180SunriseFL00010699962020-10-192020-10-19
UNITED STATES
SECURITIES AND EXCHANGE COMMISSION
WASHINGTON, D.C. 20549
FORM 8-K
CURRENT REPORT
Pursuant to Section 13 or 15(d) of the Securities Exchange Act of 1934
Date of Report:  October 19, 2020
(Date of earliest event reported)
FEDNAT HOLDING COMPANY
(Exact name of registrant as specified in its charter)
Registrant’s telephone number, including area code:  (800) 293-2532
(Former Name or Former Address, if Changed Since Last Report)
Check the appropriate box below if the Form 8-K filing is intended to simultaneously satisfy the filing obligation of the registrant under any of the following provisions (see General Instruction A.2. below):
Securities registered pursuant to Section 12(b) of the Act:
Indicate by check mark whether the registrant is an emerging growth company as defined in Rule 405 of the Securities Act of 1933 (§230.405 of this chapter) or Rule 12b-2 of the Securities Exchange Act of 1934 (§240.12b-2 of this chapter).
Emerging growth company         ☐
If an emerging growth company, indicate by check mark if the registrant has elected not to use the extended transition period for complying with any new or revised financial accounting standards provided pursuant to Section 13(a) of the Exchange Act.    ☐

Third Quarter Catastrophe Losses
FedNat Holding Company (the “Company”) estimates, as of the date of this Current Report on Form 8-K, that catastrophe weather losses incurred during the quarter ended September 30, 2020 will reduce its third quarter net income by approximately $29 million, net of all recoveries, including reinsurance, on an after-tax basis. These catastrophe losses were driven primarily by Hurricanes Laura and Sally, which together impacted eastern Louisiana, Texas, Alabama and the Florida Panhandle, as discussed in the respective Reports on Form 8-K filed during the quarter. Other third quarter events included Hurricanes Hanna and Isaias, which gave rise to minor losses. Pre-tax net catastrophe losses, by state, are estimated as follows (in millions):
Subsequent Event - Hurricane Delta
Hurricane Delta made landfall near Creole, Louisiana, on October 9, 2020 as a Category 2 hurricane impacting both Texas and Louisiana. FNIC and MIC each write homeowners insurance in these states. The Company has deployed the appropriate resources to the affected areas to best serve our policyholders in their time of need.
The Company currently estimates that its initial aggregate gross losses as a result of Hurricane Delta, which will be paid out in the coming months, will exceed its single-event aggregate reinsurance retention of $25 million. It is anticipated that the total net impact to the Company will be reduced to $10-15 million, pre-tax, as a result of additional underlying catastrophe reinsurance protection in place on FNIC’s non-Florida business and the 50% quota-share reinsurance treaty in place on the book written by SageSure Insurance Managers LLC, our independent Managing General Underwriter partner.
Rate Increases
The Company continues to file for rate increases on its homeowners business to ensure its rates better reflect the increased costs related to claims activity and costs of reinsurance. The most significant of these rate filings include:
The Company is currently restricting new business throughout Florida during hurricane season and until our approved rates more accurately reflect our increased claims costs.

The Company is providing certain updates to its 2020-2021 reinsurance program, which was previously described in a Form 8-K filed with the SEC on June 1, 2020, as updated by subsequent filings on Form 8-K filed on September 9, 2020 and September 21, 2020.
FNIC – 2020-2021 Florida Homeowners Quota-Share Reinsurance
Effective October 1, 2020, FNIC increased the cession percentage on its quota-share reinsurance program for 2020-2021 on its Florida homeowners book of business from 10% to 20% on an in-force, new and renewal basis. The program originally became effective on July 1, 2020 and was initially set at 10%. The treaty continues to provide protection excluding named storms, subject to certain limitations including, but not limited to, caps on losses associated with non-named storm catastrophe losses.
The Company currently intends to explore additional quota-share reinsurance treaties in the coming months.
_____________________________
The information in Item 2.02 of this Current Report on Form 8-K is hereby intended to be furnished and, as provided in General Instruction B.2 of Form 8-K, such information shall not be deemed "filed" for purposes of Section 18 of the Securities Exchange Act of 1934, as amended (the "Exchange Act"), or otherwise subject to the liabilities of that section, and it shall not be deemed incorporated by reference in any filing under the Securities Act of 1933, as amended (the “Securities Act”), or under the Exchange Act, whether made before or after the date hereof, except as expressly set forth by specific reference in such filing to this Current Report on Form 8-K.
SIGNATURES
Pursuant to the requirements of the Securities Exchange Act of 1934, the registrant has duly caused this report to be signed on its behalf by the undersigned hereunto duly authorized. 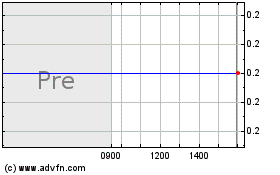