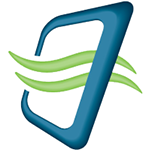 The coronavirus pandemic led millions of Americans to turn their homes into offices and classrooms. It also forced many to change their habits to keep their internet bills in check.

Shea Dunn, a data-process analyst for Target Corp. who has been working from his Minneapolis home since March, said he never had to think about his household's internet consumption. That changed in early July, when he got a notice from his broadband provider, Comcast Corp., informing him he was using too much data and was liable for a $50 fee if he kept exceeding his cap.

Mr. Dunn said he has been watching his internet usage very closely ever since to avoid being hit with an overage fee, especially at the end of each month. "Even without downloading Xbox games anymore, I still receive messages that I'm close to hitting the cap," Mr. Dunn said.

The amount of time consumers spend streaming TV, gaming and using Zoom or other videoconference platforms substantially increased since the start of the pandemic, activities that often eat up large amounts of data.

The practice of limiting the internet usage of customers and charging heavy users more is common among many of the nation's internet providers. Doing so partly helps offset the revenue lost from subscribers abandoning their traditional pay-TV plans in favor of internet-based options -- a phenomenon known as cord-cutting. Users who consistently need more data are encouraged to upgrade to a pricier plan.

Data caps also help keep the prices of internet packages stable by shifting the extra cost to heavy users, according to Mark Trudeau, chief executive of broadband-data firm OpenVault, which tracks more than a million U.S. subscribers. "It protects the majority of subscribers from having rates raised every year," he said.

As the pandemic forced Americans to shelter at home in March, several providers like Comcast and AT&T Inc. temporarily suspended overage fees for some customers. Many, including Comcast and Cox Communications Inc., later reinstituted data limits. AT&T's millions of DSL subscribers -- the technology that sends internet signals over copper telephone wires -- also now face monthly limits, while AT&T fiber customers' data caps are waived through the end of the year.

Charter Communications Inc. is currently prohibited from capping the internet usage of its customers as part of a deal with the Federal Communications Commission when it acquired Time Warner Cable. Charter this summer asked the FCC for these restrictions to be lifted early, which would give it the ability to institute data limits starting in May 2021.

A Charter spokeswoman said the company would weigh its options when the FCC conditions expire, "but is currently not considering implementing data caps and has no plan to do so."

Gareth Cales in Jacksonville, Fla., recently switched from Comcast to AT&T, since AT&T doesn't have a data cap in his area and a promotion makes it the less-expensive option. AT&T's most-expensive 1-gigabit-speed plans offer unlimited data.

Before the pandemic, Mr. Cales, a 34-year-old who works in software development and traveled often for work, never before thought about his at-home internet usage. Rather than increasing his Comcast bill by $30 for unlimited use, he chose AT&T.

On top of helping internet providers generate more revenue, data limits are a way to alleviate congestion and strain on the network. The internet's backbone held up pretty well during the early days of the pandemic, despite significant pressure.

"We've lived through this scenario and did well without caps on bandwidth usage, which makes you question why they are needed at all," said David Choffnes, an associate professor at the Khoury College of Computer Sciences at Northeastern University.

Providers have attributed strong internet performance to round-the-clock work being done on the network, which was possible because of billions of dollars of further investment. The size of the cost is another reason why providers say heavy users are often asked to pay more.

In September, U.S. households used an average of 383.8 gigabytes of data, according to OpenVault. So far this month, consumption has increased to 413.3 gigabytes. This is up from 361 gigabytes in January, which had been the latest monthly record of usage prior to the pandemic.

Comcast said even with pandemic usage, 95% of its customers don't reach its limit, which it recently upped to 1.2 terabytes from 1 terabyte. For some Comcast subscribers, the price of unlimited packages has also been lowered, a spokeswoman said.

Similarly, Cox raised its data allowance by 25% to 1.25 terabytes a month, and it waives the overage fee the first time a customer exceeds their data allowance, according to a spokesman.

Longtime Cox customer Daniel Waltz in Oklahoma, an inactive commercial pilot who recently started business school, said during the pandemic he upgraded to an unlimited plan after reaching the limit a few times.

As he spent more time at home, his internet usage shot up, mostly due to virtual classes and gaming.

Mr. Waltz's bill increased by about $50 a month to roughly $161 as a result of the upgrade, but he said he no longer has to worry about facing an overage fee. He also said he feels his internet quality improved.

When Comcast's data cap was reinstated in July, Shane Bailey, a web developer in Jacksonville, Fla., said he and his family came close or exceeded the limit a few times before he chose to upgrade to an unlimited plan for an additional $30 a month.

Both he and his wife are working from home, while his children are learning from home and often streaming TV shows or playing educational games.

Mr. Bailey said the $30 upgrade gave him the peace of mind of no longer having to worry about overage fees. "Right now it's cheaper than the gas I would normally be using to drive to work," he said.

--Drew FitzGerald contributed to this article. 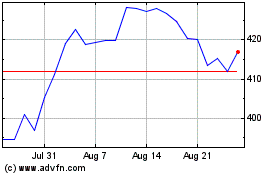 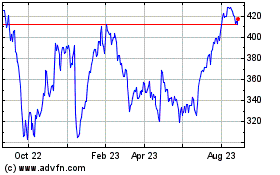 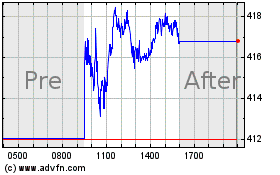