Former Name or Former Address, if Changed Since Last Report:

On March 13, 2019, the Audit Committee of the Board of Directors of ARC Group Worldwide, Inc. (the “Company”), notified Moss Adams LLP (“Moss Adams”) that it was dismissing Moss Adams as its independent registered public accounting firm effective immediately.

Moss Adams’ audit report on the consolidated financial statements for the fiscal year ended June 30 2018 did not contain any adverse opinion or disclaimer opinion, nor were the reports qualified or modified as to uncertainty, audit scope or accounting principles.

During the audit of the Company’s June 30, 2018 financial statements, Moss Adams communicated the following, which noted deficiencies in internal control over financial reporting, which were considered to be material weaknesses:

Despite the material weaknesses, which had not been remediated as of June 30, 2018, the Company believes that the consolidated financial statements included in the Annual Report on Form 10-K for the year ended June 30, 2018 present, in all material respects, our financial position, results of operations, changes in stockholders’ equity, and cash flows for the periods presented in conformity with U.S. generally accepted accounting principles.

The Company has provided Moss Adams with a copy of this Form 8-K, and has requested that Moss Adams furnish a letter addressed to the Securities and Exchange Commission stating whether or not it agrees with the above statements and, if not, stating the respects in which it does not agree.  A copy of such letter, dated March 18, 2019, indicating that Moss Adams is in agreement with such disclosures is filed as Exhibit 16.1 to this Form 8-K.

On March 13, 2019, the Audit Committee of the Board of Directors of the Company approved the appointment of ACM LLP (“ACM”) as the Company’s independent registered public accounting firm to perform independent services for the fiscal year ending June 30, 2019, effective immediately, subject to completion of ACM’s standard client acceptance procedures and the execution of an engagement letter. In deciding to elect ACM, the Audit Committee reviewed auditor independence issues and existing commercial relationships with ACM and concluded that ACM has no commercial relationship with the Company that would impair its independence for the fiscal year ended June 30, 2019.  During the Company’s two most recent fiscal years and the subsequent interim periods through March 12, 2019, the Company did not consult ACM with respect to any matters listed in Regulation S-K Item 304(a)(2) regarding either (i) the application of accounting principles to a specified transaction, either completed or proposed, or the type of audit opinion that might be rendered on the Company’s consolidated financial statements, and neither a written nor oral advice was provided to the Company that ACM concluded was an important factor considered by the Company in reaching a decision as to the accounting, auditing or financial reporting issue; or (ii) any matter that was either the subject of a “disagreement” or a “reportable event”. 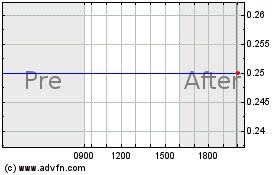