*see Net Income to Core FFO reconciliation at the end of the press release.

Commenting on the results and current initiatives, David Lesser, Chief Executive Officer stated, “We are pleased with our greenhouse property acquisition activity since the second half of 2019, when we announced an updated business plan with a new focus on Controlled Environment Agriculture (CEA) greenhouses. Since that time, we have acquired ten CEA greenhouse properties for the cultivation of medical cannabis. These acquisitions have driven dramatic growth in Net Income and Core FFO. The acquisitions completed during the third quarter combined with acquisitions completed after the end of the quarter now puts us at an annual run rate of Core FFO per share of approximately $2.04 assuming no additional acquisition or financing activity. This represents additional growth of approximately 46% above our most recent quarter. In addition, we have a significant acquisition pipeline and anticipate further growth from these potential investments as we deploy the additional capital in the near future.”

Mr. Lesser concluded, “We continue to deliver value through accretive acquisitions. This dynamic growth is a function of the attractive yields Power REIT can achieve by deploying capital on CEA properties and Power REIT’s relatively small size. In addition, we currently trade at a relatively low multiple of Core FFO which we believe provides a compelling investment opportunity.”

Net income available to common stockholders increased to $506,006 for the three months ended September 30, 2020, representing an approximately 148% increase from the prior year’s third quarter.

Net income per fully diluted share increased to $0.25 for the three months ended September 30, 2020, representing an approximately 136% increase from the prior year’s third quarter.

Core FFO per common share increased to $0.35 for the three months ended September 30, 2020, representing an approximately 99% increase from the prior year’s third quarter.

Total revenue increased to $1,115,586 for the three months ended September 30, 2020, representing an approximately 98% increase from the prior year’s third quarter.

Net income available to common stockholders increased to $1,097,730 for the nine months ended September 30, 2020, representing an approximately 91% increase from the same period in the prior year.

Net income per fully diluted common share increased to $0.56 for the nine months ended September 30, 2020, representing an approximately 120% increase from the same period in the prior year.

Core FFO per common share increased to $0.83 for the nine months ended September 30, 2020, representing an approximately 84% increase from the same period in the prior year.

Total revenues increased to $2,878,096 for the nine months ended September 30, 2020, representing an approximately 85% increase from the same period in the prior year.

The Company is exploring non-dilutive capital sources to fund its significant acquisition pipeline, which is in various stages of negotiations.

During the quarter, the Company paid a cash dividend of $0.484375 per share on its 7.75% Series A Cumulative Redeemable Perpetual Preferred Stock (the “Series A preferred Shares”), which equates to an annual dividend payment of $1.9375 per Series A Preferred Share.

Power REIT believes agricultural production is ripe for technological transformation and the industry is in the early stages of an agricultural venture capital boom that, among other things, will shift food production for certain crops from traditional outdoor farms to Controlled Environment Agriculture (CEA) “plant factories.” Since a significant portion of any given CEA enterprise is real estate, the Company has identified a unique opportunity to participate in the upward trend of indoor agriculture.

Power REIT is focused on investing in the cultivation and production side of the cannabis industry through the ownership of real estate. As such it is not directly in the cannabis business and also not even indirectly involved with facilities that sell cannabis directly to consumers. By serving as a landlord, Power REIT believes it can generate attractive risk adjusted returns related to the fast-growing cannabis industry, which is anticipated to offer a safer approach than investing directly in cannabis operating businesses.

CEA for food production is widely adopted in parts of Europe and is becoming an increasingly competitive alternative to traditional farming for a variety of reasons. CEA caters to consumer desires for sustainable and locally grown products. Locally grown indoor produce will have a longer shelf life as the plants are healthier and also travel shorter distances thereby reducing food waste. In addition, a controlled environment produces high-quality pesticide free products that eliminates seasonality and provides highly predictable output that can be used to simplify the supply chain to the grocer’s shelf.

CEA Facilities, such as greenhouses, provide an environmentally friendly solution, which consume approximately 70% less energy than indoor growing operations that do not benefit from “free” sunlight. CEA facilities use 90% less water than field grown plants, and all of Power REIT’s greenhouse properties operate without the use of pesticides and avoid agricultural runoff of fertilizers and pesticides. These facilities cultivate medical Cannabis, which has been recommended to help manage a myriad of medical symptoms, including seizures and spasms, multiple sclerosis, post-traumatic stress disorder, migraines, arthritis, Parkinson’s disease, and Alzheimer’s.

Renewable Energy assets are comprised of land and infrastructure associated with utility scale solar farms. These projects produce power without the use of fossil fuels thereby lowering carbon emissions. The solar farms produce approximately 50,000,000 kWh of electricity annually which is enough to power approximately 4,600 home on a carbon free basis.

Transportation assets are comprised of land associated with a railroad, an environmentally friendly mode of bulk transportation.

Further details regarding Power REIT’s consolidated results of operations and financial condition as of and for the year ended December 31, 2019 are contained in the Company’s annual report on Form 10-K filed with the Securities and Exchange Commission, which can be viewed at the Company’s website at www.pwreit.com under the Investor Relations section, and in EDGAR on the SEC’s website, www.sec.gov.

This document contains supplemental financial measures that are not calculated pursuant to U.S. generally accepted accounting principles (“GAAP”), including the measure identified by us as Core Funds From Operations Available to Common Shares (“Core FFO”). Management believes that Core FFO is a useful supplemental measure of the Company’s operating performance. Management believes that alternative measures of performance, such as net income computed under GAAP, or Funds From Operations computed in accordance with the definition used by the National Association of Real Estate Investment Trusts (“NAREIT”), include certain financial items that are not indicative of the results provided by the Company’s asset portfolio and inappropriately affect the comparability of the Company’s period-over-period performance. These items include non-recurring expenses, such as those incurred in connection with litigation, one-time upfront acquisition expenses that are not capitalized under ASC-805 and certain non-cash expenses, including non-cash, stock-based compensation expense. Therefore, management uses Core FFO and defines it as net income excluding such items. Management believes that, for the foregoing reasons, these adjustments to net income are appropriate. The Company believes that Core FFO is a useful supplemental measure for the investing community to employ, including when comparing the Company to other REITs that disclose similarly adjusted FFO figures, and when analyzing changes in the Company’s performance over time. Readers are cautioned that other REITs may use different adjustments to their GAAP financial measures than we do, and that as a result the Company’s Core FFO may not be comparable to the FFO measures used by other REITs or to other non-GAAP or GAAP financial measures used by REITs or other companies. 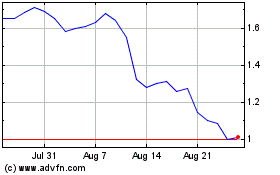 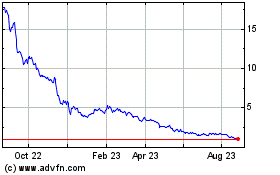 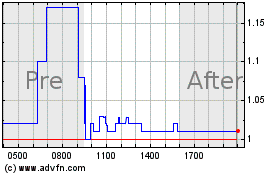