Item 8.01 Other Events.
As previously disclosed, on December 3, 2018 cbdMD, Inc. (“cbdMD”) entered into that certain Agreement and Plan of Merger (the “Merger Agreement”) by and among cbdMD, its wholly-owned subsidiaries and Cure Based Development, LLC pursuant to which it acquired all of the membership interests of Cure Based Development, LLC from its then sole member CBD Holding, LLC (“CBDH”). The transaction closed on December 21, 2018. As partial consideration for such transaction, CBDH received contractual rights (the “Earnout Rights”) to receive up to 15,250,000 additional shares of cbdMD’s common stock (the “Earnout Shares”) based upon the achievement of certain earnout targets as set forth in the Merger Agreement. In February 2020, in connection with its liquidation, CBDH distributed the Earnout Rights to its members based upon the members’ pro pro-rata ownership interest in CBDH. Members of CBDH at the time of its liquidation and this distribution included affiliates of Martin A. Sumichrast and R. Scott Coffman, directors and executive officers of cbdMD. In February 2020 and March 2021 cbdMD issued Earnout Shares to the CBDH members representing the shares earned in the first and second marking periods based upon their pro-rata ownership interest in CBDH. Following these issuances, there remain Earnout Rights to an aggregate of 6,773,953 Earnout Shares which may be issued upon the achievement of the revenue targets in the Merger Agreement during the third and fourth marking periods.
The third marking period (“Third Marking Period”) was originally an 18 month period commencing on January 1, 2021 and ending on June 30, 2022 (the “Third Marking Period End Date”), after which time the determination of the issuance of any remaining Earnout Shares would be made pursuant to the terms of the Merger Agreement. On March 31, 2021 cbdMD entered into Addendum No. 1 to the Merger Agreement (“Addendum No. 1”) with the holders of the remaining Earnout Rights which amended the measurement periods within the Third Marking Period to change the determination of the aggregate net revenues within the Third Marking Period to a quarterly basis for each of the six fiscal quarters within the Third Marking Period, beginning with the quarter ended March 31, 2021, instead of following Third Marking Period End Date. This change in the measurement date, however, has no effect on the number of remaining Earnout Shares issuable under the Earnout Rights and no effect on the earnout targets; Addendum No. 1 simply changes the physical issuance date(s) of the remaining Earnout Shares, if in fact, such shares are earned pursuant to the terms of the Merger Agreement. Addendum No. 1 did not change any of the terms of the Fourth Marking Period (as that term is defined in the Merger Agreement).
By way of background, under U.S. generally accepted accounting principles (“U.S. GAAP”) cbdMD is required to account for the Earnout Shares as a non-cash contingent liability and each quarter cbdMD records increases or decreases in the fair value as an adjustment to earnings, which has had a material impact on cbdMD’s results of operations. Changes in the market price of its common stock, which is one of the inputs used in determining the amount of the non-cash contingent liability, results in increases or decreases in this non-cash liability, and positively or negatively impacts cbdMD’s net loss or profit to common shareholders for the period. cbdMD entered into the Amendment No. 1 to the Merger Agreement in an effort to mitigate the U.S. GAAP impact of this non-cash liability on cbdMD’s financial statements during such 18 month period . While not changing the ultimate number of Earnout Shares which cbdMD will issue during the Third Marking Period, which such number is presently unknown as it is based upon the achievement of the revenue targets in the Merger Agreement, such change in the measurement periods within the Third Marking Period will reduce the number Earnout Shares used to calculate the non-cash liability on a quarterly basis, thereby reducing the quarterly impact on cbdMD’s financial statements of the non-cash changes in the contingent liability.
The foregoing description is qualified in its entirety by reference to Addendum No. 1, a copy of which is filed as Exhibit 10.1 to this report.
Item 9.01 Financial Statements and Exhibits.
(d)
Exhibits.
SIGNATURES
Pursuant to the requirements of the Securities Exchange Act of 1934, the registrant has duly caused this report to be signed on its behalf by the undersigned hereunto duly authorized. 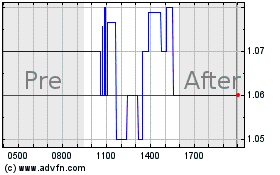