Volkswagen has to show more than healthy profits on conventional cars to live up to its current share price.

On Thursday, the German automotive giant reported first-quarter operating profit of EUR4.8 billion, equivalent to $5.8 billion and above FactSet consensus expectations of roughly EUR4.3 billion. It also raised its forecast for its full-year operating margin to between 5.5% and 7%. The upgrade offers reassurance that VW isn't being overly affected by the chip shortage, but wasn't hugely surprising. Analysts already expected a 6.9% operating margin on average, according to FactSet. The shares barely moved.

VW investors are focused on other things, most notably the company's electrification strategy. VW has pitched its ID.3 sedan and ID.4 crossover as the leading competitors to Tesla's Model 3 and Model Y. Amid intense interest in electric vehicles more generally, the capital markets are giving it credit, notably in the U.S. VW's ordinary shares are up 54% this year, led by trading in their American depositary receipts.

Even after a recent correction, the ordinary shares trade at roughly nine times forward earnings. While that is very cheap compared with Tesla, it is more than VW's local peers, Mercedes owner Daimler and BMW, which, like their car brands, have traditionally fetched a premium. VW's preference shares, an economically identical security that is more widely traded in Europe but offers less liquidity in the U.S., are slightly cheaper, but well above historical valuation levels.

A lot is riding on the rollout of VW's new EVs. They have garnered largely positive reviews, and VW sold almost 60,000 all-electric vehicles in the first quarter as it ramped up production. But that was just 2.5% of the company's total sales. It remains far too early to know if the products will follow the VW Beetle and VW Golf in opening a new era, as hoped. Tesla sold almost 183,000 of its Models 3 and Y in the quarter.

The key weakness of the ID.3 and ID.4 appears to be software, an issue that the company has acknowledged by investing heavily in a new software company that it wants to take over from external suppliers in 2025 or 2026. Research-and-development costs totaled a massive EUR4 billion in the quarter, 7.7% of sales.

Chief Executive Herbert Diess often says getting software right will be harder than making successful EVs for Volkswagen, which airs its internal struggles more publicly than most companies due to its unusual governance structures. Coding requires a different kind of employee and management culture than vehicle manufacturing. That is a problem for VW because vehicle software -- and the recurring service revenue that might eventually be made through it -- is the only thing likely to justify the higher valuations investors are now giving car makers as the electric age dawns.

VW is the archetypal old-school car maker raising hopes as it bets big on EV technology. While the solid profit the company is still making from conventionally powered vehicles is a prerequisite for financing that bet, it says little about its chances of paying off. 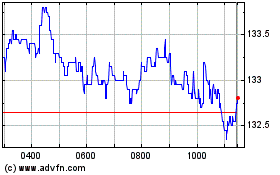