STANLEY, Va., Feb. 4, 2015 /PRNewswire/ -- Pioneer Bankshares, Inc., (OTC Bulletin Board:  PNBI) parent company of Pioneer Bank, reported unaudited consolidated net income of $2.173 million for the year ending December 31, 2014, as compared to net earnings in 2013 of $2.250 million.  Although income for 2014 declined slightly compared to the prior year, this is third consecutive year the Company has had earnings in excess of $2.0 million, which is considered to be a successful accomplishment in light of the ongoing economic challenges.  Additionally, the Company's subsidiary, Pioneer Bank, was listed among the top 25 Virginia banks with regard to its financial performance and overall return on assets for 2014, as well as being ranked the # 2 bank in Virginia with regard to net interest margin.

The Company's subsidiary, Pioneer Bank, continued to show moderate growth throughout 2014, primary related to increased core deposits and cash assets. Total deposits increased by approximately $8.6 million with modest increases in deposit balances distributed across the entire bank. This is reflective of the bank's increased focus on developing deeper customer relationships and providing additional convenience to our depositors.  The Bank's loan portfolio remained stable at approximately $142 million, with a continued focus on commercial, residential, and consumer loans, as well as added services for our existing loan customers.

The Company's capital position remains above the regulatory requirements and is classified as well-capitalized.  As a result of the strong capital position and on-going financial performance, Pioneer Bankshares, Inc. increased its shareholder dividend payments during 2014.   The dividend payout for 2014 totaled $0.68 per share and increased by 1.49% over the prior year.  The 2014 dividend payout also represents a 3.2% return to investors based on the current market price of Pioneer Bankshares, Inc stock.

Pioneer Bankshares, Inc. is a one-bank holding company headquartered in Page County, Virginia.  The Company's main branch and corporate office are located in Stanley, Virginia, with other branch locations in Shenandoah, Luray, Harrisonburg, Stanardsville, Ruckersville, and Charlottesville, Virginia. The Bank also operates a small finance company known as Valley Finance Services, a Division of Pioneer Bank, which specializes in consumer and auto lending.

To view the original version on PR Newswire, visit:http://www.prnewswire.com/news-releases/pioneer-bankshares-inc-announces-2014-earnings-300031050.html 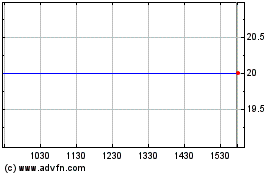