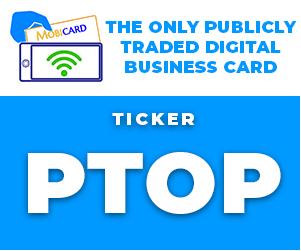 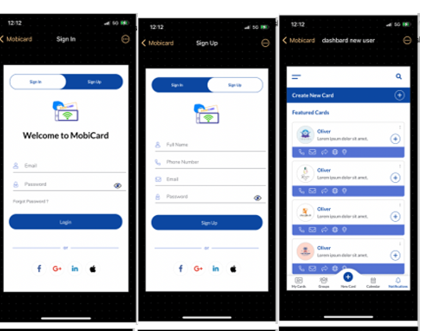 Cambridge, MA -- May 19, 2022 -- InvestorsHub NewsWire -- Peer To Peer Network aka MobiCard (OTC Pink: PTOP) is proud to announce it has executed the development contract for MOBICARD™ 2.0. Nicholis Santana and Jay Wallace will begin to get started on transforming the app to implement CEO Joshua Sodaitis vision for MOBICARD™ 2.0.

Peer To Peer Network has completed payment in the amount of $20,000 to kick off a 130-day coding sprint to complete the reconstruction, redesign, and added features of the MOBICARD™ 2.0 platform. A minimum of 7-day vacation buffer will be added to the running day completion total; this does not include holidays; however, the contract notates that time is of the essence. The final cash payment will be paid after a 2-week verification, beta test program is completed, those bugs are fixed, and all paid for functions are verified as functioning. An additional free 130 days of bug support will be given to the MOBICARD™ 2.0 apps. The contract has a BONUS clause that if the developers complete the project in 90 days, they will each receive 50 million PTOP shares. PTOP believes this will incentivize the developers to work overtime, and work on the weekends, to do a good job in the shortest amount of time possible.

The scope of work for the MOBICARD 2.0 project includes all execution, implementation, and walk-through for the update to both iOS (Apple), and Android interface of the PTOP design created by Joshua Sodaitis. The project will be set up in phases, where Nick Santana & Jay Wallace will engage in weekly meetings with CEO Sodaitis. The developers have ensured that they have adequate resources for designing, building, testing, and implementing the MOBICARD™ 2.0 application.

PTOP had a soft launch of our MOBICARD™ apps in 2020. What we learned was that small details on the design needed to be fixed before we went out to actively market the apps. For instance, the SIGN UP interface must have a better look that adds a clear SIGN UP and SIGN IN set of options. The problem we were facing prior was that there were buttons for "Log in with Facebook" "Log in with LinkedIn""Log in with email" and the text above those buttons said "New to MobiCard? Click here to sign up now". Most users & potential users were not clicking the text to sign up, they were clicking the login buttons that grabbed their attention. This small detail makes all of the difference between potential users who give up on trying to sign up, and users gaining easy sign ups. MOBICARD™ 2.0 will solve that issue. MOBICARD™ 2.0 will offer an easy, clear, and concise way to sign up. MOBICARD™ 2.0 will have just 2 buttons SIGN UP or SIGN IN, that keeps it simple. This will make a big difference.

Another small detail that will make a significant difference is the password process when signing up. Think Latitude the previous developers, never put the eye button next to the password, so when you were signing up for the mobile app and punching in your password you couldn't see what you typed. You just saw the black dots, so when you have to confirm your password by entering it again, if you accidentally hit the wrong letter with your thumb, you could not check to see what you actually entered in, and you simply got a message that read "error something went wrong". MOBICARD™ 2.0 solves this issue and will allow users to view what they type for their password with the use of the eye that is standard in most successful apps today. 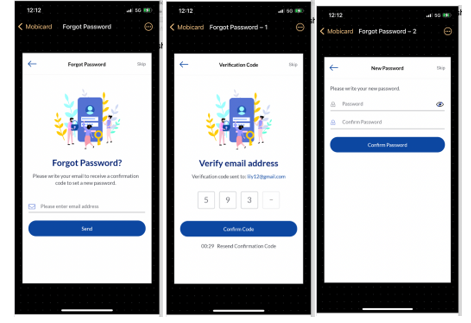 "We are not Think Latitude. When we sign a developer contract for 130 days, we will be ready for a beta test for MOBICARD™ 2.0 by that date, or sooner PERIOD. I was a shareholder of this company before I was an active member of the company, and I remember thinking why would TL take so long after they said they would have the apps out? It is exactly the reason why I contacted Josh to get involved. I want things to be done the right way, and in a timely fashion. We will deliver MOBICARD™ 2.0 for beta testing in the 130-day time frame," declared developer Nicholis Santana.

Also included in the contract Todd Nilson, MD a member of the MOBICARD™ Advisory Board will be directly communicating in 3-way communications with CEO Josh Sodaitis and the tech team.  Todd will be given access to Zen-Hub and Git-Hub development management systems for the progress of MOBICARD 2.0's development phases.?Todd an important part of PTOP's testing team and advisory board, brings a unique 20-year background working as a practicing physician and as a member of the regional Board of Directors of a large multi-state healthcare company in the western United States. In addition to his work as a physician, Dr. Nilson has been a member of the advisory board of multiple tech and bio-tech companies. ?He provides a unique and valuable outside perspective that helps ensure that the MOBICARD™ 2.0 will be relevant to the generation of individuals who have built up longer established businesses and organizations. Todd has been involved with MOBICARD™ since before it was even in the app stores and has given the company valuable feedback along the way. Now so close to the finish line for MOBICARD™ 2.0 and making it a marketable app, PTOP believes that communication with Todd will remain central to the completion of the new MOBICARD™ 2.0

"This is what we have been waiting for. I have been waiting for an app that we are proud of, that we can present and market. I personally have looked at the wireframe and this time around made sure I included specific deliverables in the contract that would add value to the brand but most importantly will give us a product that will allow us to finally go into the acquisition phase. This 2.0 version will also implement a "paid for premium version". We were supposed to have been given a method for people to pay for a version of the app the last time around and it was never delivered. MOBICARD™ 2.0 will allow PTOP to begin to deliver revenue to the company. Developing a reliable revenue stream will be essential to our long term success. I even made sure we include the original version as 1 of the templates. There is no other digital business card company out there that has data analytics. There is no other digital business card that gets you the contact information of the people you share your card to. This differentiates us from anyone else in the market. We have material claims and patents on these differentiators, that set us apart as the best digital business card. We are on the cusp of being able to get the apps into millions of users hands & develop a viable revenue stream in the process. I plan to coordinate with the press so that we have a STRONG launch of the MOBICARD™ 2.0. I am confident that this time the apps will be exactly what we need to gain market share, saturate the market and rise quickly to best of brands. This is going to be a big leap forward. When this is completed, I will finally be able to enter the acquisition phase, and the shareholders have no idea what is in store for them then. My plan is starting to come together," concluded Chairman & CEO Joshua Sodaitis. 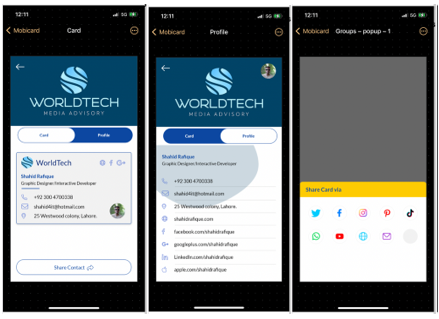 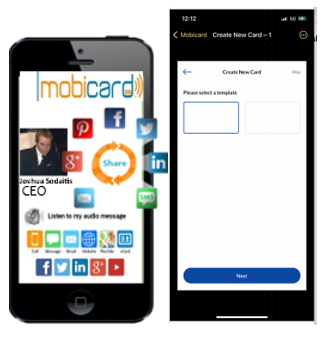 Peer to Peer Network aka MobiCard is the 1st of its kind digital contact/business card. It will greatly facilitate the ability of individuals and businesses to share information and more effectively expand their visibility and brand awareness. MobiCard is a combination of powerful mobile apps and desktop apps with wide ranging capabilities, including linking video's, user websites, all forms of contact information, and all of each user's social media links into one consolidated source. It is more than just a digital business card; it's a "dynamic digital footprint." A subscriber can custom create their business card to include a company logo, profile photo, contact details, website, audio messaging, social media links and multi-media content. The platform sharing and alert system enables users to share their card via text/SMS, e-mail, and global social media sites including Facebook, Twitter, LinkedIn, etc. The system provides the user instant text alerts when their card is opened or shared to third party referrals all while building an invaluable database of contact leads.

This release includes forward-looking statements within the meaning of Section 27A of the Securities Act of 1933, as amended, and Section 21E of the Securities Exchange Act of 1934, as amended. The Company invokes the protections of the Private Securities Litigation Reform Act of 1995. All statements regarding our expected future financial position, results of operations, cash flows, financing plans, business strategies, products and services, competitive positions, growth opportunities, plans and objectives of management for future operations, as well as statements that include words such as "anticipate," "if," "believe," "plan," "estimate," "expect," "intend," "may," "could," "should," "will," and other similar expressions are forward-looking statements. All forward-looking statements involve risks, uncertainties and contingencies, many of which are beyond our control, which may cause actual results, performance, or achievements to differ materially from anticipated results, performance, or achievements. Factors that may cause actual results to differ materially from those in the forward-looking statements include those set forth in our filings at www.sec.gov. The company is no longer a fully reporting SEC filing company. We are under no obligation to (and expressly disclaim any such obligation to) update or alter our forward-looking statements, whether as a result of new information, future events or otherwise. 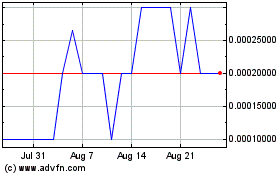 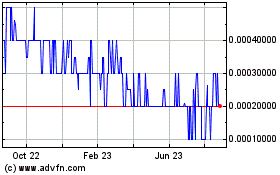 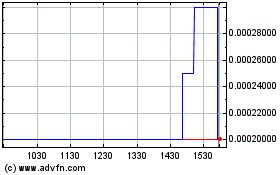