On December 13, 2021, Medicine Man Technologies, Inc. (the “Company”) received written notice of the resignation of Pratap Mukharji as a member of the Company’s board of directors. Mr. Mukharji was Chairman of the board of directors’ Audit Committee and Nominating and Governance Committee. Mr. Mukharji’s resignation is not the result of any disagreement with the Company on any matters relating to the Company’s operations, policies, or practices.

As previously reported, Mr. Krishnamurthy (i) is the Company’s Chief Executive Officer, (ii) is a party to an employment agreement with the Company, (iii) holds stock options exercisable into an aggregate of 1,000,000 shares of the Company’s common stock at $1.26 per share, and (iv) is a passive, minority part owner of each of Dye Capital & Company, LLC, Dye Capital Cann Holdings, LLC and Dye Cann II, entities controlled by Justin Dye, the Company’s Chief Executive Officer, one of its directors and the largest beneficial owner of the Company’s common stock, with which the Company previously has entered into various transactions. Mr. Krishnamurthy does not control any of the these entities nor does he beneficially own any of the securities held by these entities.

The Company’s current policy is to award each director an annual grant of shares of the Company’s common stock worth $50,000 and the Company expects to make such awards to Messrs. Krishnamurthy and Berger in the future. 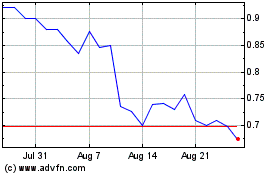 Medicine Man Technologies (QX) (USOTC:SHWZ)
Historical Stock Chart
From May 2021 to May 2022 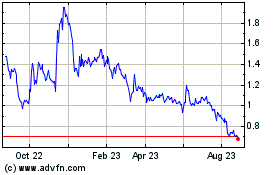 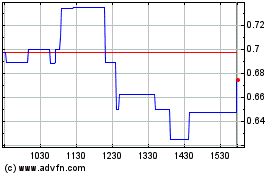