Software startup Lecere Corporation (Pink Sheets:LCRE) (www.lecere.com) affirms that the pilot project at Nepo 42 in Portland is on schedule and going according to plan.

The pilot project at Nepo 42 consists of three phases. Phase one involves initialization of Nepo 42's menu into the FIRMS database. Said Jim Morris, CEO of Lecere, "The process of initializing the menu is more complex than one might think, because every item on the menu has what are called modifiers. A modifier for a hamburger might include, for example, 'hold onions,' 'hold tomatoes,' 'extra pickles,' etc. Phase one did not begin until May 3, but it is nearing completion at this time."

In phase two a Lecere employee will take each day's tickets that have been produced manually and later enter them into the FIRMS database just as if a waiter had entered the tickets using FIRMS originally. Said Morris, "Phase two allows FIRMS to be put through its paces prior to deploying the software for normal use at the restaurant. Remember that this is a pilot project. We want to make sure we can walk before we run. Phase two will begin soon and will last for about two weeks."

Phase three consists of training the Nepo 42 staff in the use of FIRMS in the real restaurant environment. Said Morris, "Phase three will be completed by the end of the May or possibly a few days later, depending on whether we believe that tweaks need to be made in FIRMS based on our experience with phase two."

Morris also stated, "I have received emails from or else we know of about 30 restaurants worldwide that want to begin using FIRMS as soon as possible. After the completion of the pilot project, we will begin to start deploying FIRMS in most of these sites, slowly at first and then accelerating later. However, before we can do that, we must complete the pilot project, we must hire development and support personnel, and we must develop some collateral materials for training. We are stretched a little thin right now, but we will get up to speed as soon as we can. We want to bring every one of these 30 or so restaurants online as real customers just as soon as possible."

Lecere has retained a firm in Portland, OR to develop a new Lecere website and do some redesign work on the graphical user interface for FIRMS. The work on removal of the caveat emptor is proceeding, but is being delayed by the gathering of some information from Full Circle Image, as discussed in the May 4 press release. Patience is counseled on the removal of the caveat emptor.

Lecere and FIRMS are trademarks of Lecere Corporation. All other legal marks are the property of their respective owners. 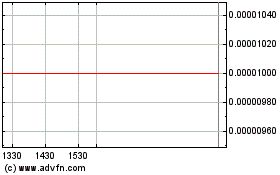