"While the second quarter has historically been a seasonally softer one for Héroux-Devtek, I am pleased that we were able to deliver strong commercial and defence sales growth, both organically and through acquisitions – even outperforming first quarter sales. As we continue to focus on executing our plan, I wish to thank each member of our team for their continued commitment towards our success," said Martin Brassard, President and CEO of Héroux-Devtek.

"We now turn to the second half of the year with a strong commitment towards the execution of our business integration and operational delivery strategies. With a record-setting backlog, up 60% from a year ago, and all our programs progressing according to plan, we are now well on track to achieve our revenue and profitability targets for the year," concluded Mr. Brassard.

Gross profit as a percentage of sales decreased during the second quarter to 15.3%, from 16.2% last year, mainly due to the 0.6% negative net impact of exchange rate fluctuations and higher manufacturing costs at the Longueuil facility. These negative factors were partially offset by the positive impact of the CESA acquisition.

Operating income increased to $10.5 million, or 7.2% of sales, up from $5.3 million, or 5.5% of sales last year, mainly driven by lower selling and administrative expenses as a percentage of sales. Last year's operating income also reflected non-recurring acquisition-related costs, as opposed to this year. Adjusted EBITDA, which excludes non-recurring items, stood at $21.5 million, or 14.8% of sales, compared with $13.2 million, or 13.8% of sales, a year ago. For the same period, EPS doubled from $0.09 last year to $0.18 this quarter, while adjusted EPS1 grew 50%, from $0.12 last year to $0.18 in Q2.

Gross profit as a percentage of sales increased during the first half of the year to 16.1% from 15.7% last year, mainly due to the positive impact of the Beaver and CESA acquisitions, partially offset by the 0.3% negative net impact of exchange rate fluctuations and higher manufacturing costs at the Longueuil facility.

The Corporation's funded backlog increased to $769 million as at September 30, 2019, compared to $624 million as at March 31, 2019, mainly due to an increased demand for defence products combined with Alta's backlog at acquisition, as recorded in the first quarter.

Cash flows related to operating activities reached $12.5 million in the second quarter, up from $11.7 million last year. For the six-month period, cash flows from operating activities amounted to $16.2 million, down from $20.1 million for the corresponding period last year, mainly due to an increase in inventories in preparation for upcoming growth.

Héroux-Devtek Inc. will hold a conference call to discuss these results on Friday, November 8, 2019 at 8:30 AM Eastern Time. Interested parties can join the call by dialing 1-888-231-8191 (North America) or 1-647-427-7450 (overseas). The conference call can also be accessed via live webcast on Héroux-Devtek's new website, www.herouxdevtek.com/en/news-events/events or at https://webinars.on24.com/cision/hrxq2f20. An accompanying presentation is also available on Héroux-Devtek's website at https://www.herouxdevtek.com/en/investors/financial-documents.

If you are unable to call in at this time, you may access a recording of the meeting by calling 1-855-859-2056 and entering the passcode 455983 on your phone. This recording will be available on Friday, November 8, 2019 as of 11:30 AM Eastern Time until 11:59 PM Eastern Time on Friday, November 15, 2019. Additionally, the recording will be made available for replay on Héroux-Devtek's website after that date.

Except for historical information provided herein, this press release contains information and statements of a forward-looking nature concerning the future performance of the Corporation.

Forward-looking statements are based on assumptions and uncertainties as well as on management's best possible evaluation of future events. Such factors may include, without excluding other considerations, fluctuations in quarterly results, evolution in customer demand for the Corporation's products and services, the impact of price pressures exerted by competitors, and general market trends or economic changes.

As a result, readers are advised that actual results may differ from expected results. Please see the Guidance section in the Corporation's MD&A for the second quarter ended September 30, 2019 for further details regarding the material assumptions underlying the forecasts and guidance. Such forecasts and guidance are provided for the purpose of assisting the reader in understanding the Corporation's financial performance and prospects and to present management's assessment of future plans and operations, and the reader is cautioned that such statements may not be appropriate for other purposes.

Earnings before interest, taxes, depreciation and amortization ("EBITDA"), adjusted EBITDA, adjusted net income, adjusted earnings per share and free cash flow are financial measures not prescribed by International Financial Reporting Standards ("IFRS") and are not likely to be comparable to similar measures presented by other issuers. Management considers these to be useful information to assist investors in evaluating the Corporation's profitability, liquidity and ability to generate funds to finance its operations. Refer to Non-IFRS financial measures under Operating Results in the Corporation's MD&A for definitions of these measures and reconciliations to the most comparable IFRS measures.

Héroux-Devtek Inc. (TSX: HRX) is an international company specializing in the design, development, manufacture, repair and overhaul of aircraft landing gear, hydraulic and electromechanical actuators, custom ball screws and fracture-critical components for the Aerospace market. The Corporation is the third-largest landing gear company worldwide, supplying both the commercial and defence sectors. Approximately 90% of the Corporation's sales are outside of Canada, including about 50% in the United States. The Corporation's head office is located in Longueuil, Québec with facilities in Canada, the United States, the United Kingdom and Spain. 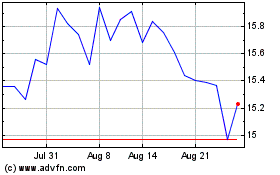 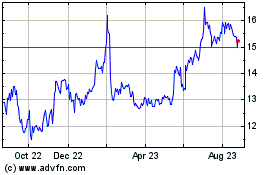 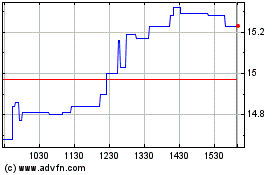