Amid the improving conditions, Canadian Pacific Railway Ltd. on Sunday said it struck a deal to buy Kansas City Southern in a transaction valued at about $25 billion that would create the first freight-rail network linking Mexico, the U.S. and Canada. 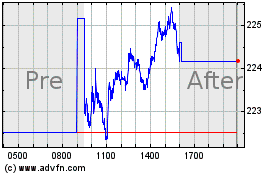