Cereal makers, under increasing competitive pressure, are struggling to improve sales of puffed rice, wheat flakes and oat clusters that were once a standard part of Americans' morning routines.

"There's a lot more competition for breakfast than there ever has been," General Mills Inc. Chief Executive Jeff Harmening said in a recent interview. The maker of Cheerios and Wheaties has reported flat cereal sales in the U.S. in its past three fiscal years--coming in at about $2.3 billion annually.

General Mills and its peers have tried before to revive cereal's fortunes. They doubled down on sugary versions and pitched cereal for dinner or as a late-night snack. Now manufacturers say they are stepping up spending by retooling marketing campaigns, ramping up product investments and developing new flavors to try to keep shoppers engaged.

Cereal's trials reflect broader challenges food makers face as they try to revitalize products that have been staples in American kitchens for decades to match changing tastes and heightened competition. Condensed soup sales at Campbell Soup Co. have fallen for years. Kraft Heinz Co.'s meats and cheese products have been hurt by store brands from retailers and organic alternatives.

Likewise, cereal makers must demonstrate that they can draw higher demand as retailers review how they stock the shelves at the center of their stores. Cereal is a mainstay of those center aisles, where retailers typically place everything from pasta to sugar. Grocery stores historically took much of their profit from this area, and sales there have been hit hard by trends toward online shopping and fresher foods.

"Grocers are forced to be a little bit more selective as trips to center stores go down," said Hunter Williams, partner at consulting firm Oliver Wyman.

Retailers lowered the number of major cereal brands available in stores in each of the last three years, according to Nielsen data analyzed by Wells Fargo food business analyst John Baumgartner.

Food makers, however, have said their investment and marketing plans can lift cereal sales again.

Post Holdings Inc. said earlier this month that North American sales of its cereal brands were up 2% in the first three quarters of its current fiscal year, helped by demand for Honey Bunches of Oats and store-brand cereals it makes for retailers.

Kellogg Co., which makes Raisin Bran, Special K and Frosted Flakes, saw sales of its cereal brands drop 5% in the first six months of this year compared with that period in 2018.

Chief Executive Steve Cahillane said in an interview that the company had pulled back on promotions while transitioning to a more standard set of box sizes, a move meant to simplify factory operations and help customers find Kellogg cereals on store shelves.

"It is a category in the United States that is showing a 1% decline," Mr. Cahillane said of cereal. "That can be turned around."

Kellogg is also trying to lift sales by developing new cereals, including a brand focused on gut health, and by adding new flavors of older brands such as Wild Berry Froot Loops and strawberry-flavored Rice Krispies. Those are the first flavors Kellogg has added to those well-known brands in at least a decade.

General Mills is also aiming to jump-start U.S. cereal sales with more marketing and new products. It recently hired rapper Travis Scott to design boxes for its Reese's Puffs cereal. Boxes from the limited run are being sold as collectors' items on eBay.

Its newer products include a cereal that lists almonds as its first ingredient, meant to appeal to shoppers looking for protein, and blueberry-flavored Cheerios.

General Mills told investors last month that U.S. demographic trends are also working in cereal's favor. A growing population of adults aged 55 years and older and rising numbers children in the U.S. should bolster cereal demand, executives said. Per capita consumption of cereal is relatively high among these two groups, according to the company.

That doesn't solve the broader problem of getting people to eat cereal instead of breakfast bars and burritos.

"It's not that people don't eat breakfast. It's more that they don't eat it the way they used to," said Tory Gundelach, a former Kroger Co. executive and analyst at Kantar Consulting.

Write to Micah Maidenberg at micah.maidenberg@wsj.com and Jaewon Kang at jaewon.kang@wsj.com 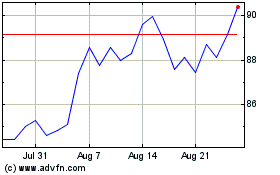 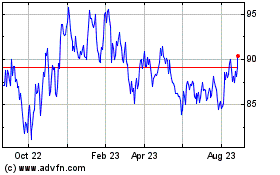 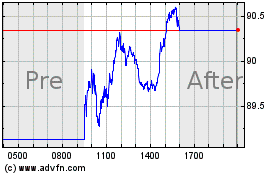