BOSTON, May 14, 2021 /PRNewswire/ -- ArcLight Clean Transition Corp. (NASDAQ: ACTC) ("ArcLight") today announced that the U.S. Securities and Exchange Commission ("SEC") has declared effective the registration statement on Form S-4 of ArcLight (File No. 333-252674) (as amended, the "Registration Statement"), which includes a definitive proxy statement/prospectus in connection with ArcLight's extraordinary general meeting of shareholders (the "Extraordinary General Meeting") to consider the previously announced proposed business combination (the "Business Combination") with Proterra Inc ("Proterra"). Today, ArcLight began mailing the definitive proxy statement/prospectus and other relevant documents to shareholders of ArcLight as of the record date established for voting on the Business Combination.

ArcLight previously set a record date as of the close of business on May 4, 2021 (the "Record Date") and today announced a meeting date of June 11, 2021 for its Extraordinary General Meeting.

As announced previously, the Business Combination is to be effected through ArcLight becoming a Delaware corporation (the "Domestication"), and Phoenix Merger Sub, Inc., a Delaware corporation and wholly-owned direct subsidiary of ArcLight merging with and into Proterra, with Proterra as the surviving company in the merger. After giving effect to such merger, Proterra will continue as a wholly-owned subsidiary of ArcLight (the "Merger") and ArcLight's name will be changed to Proterra Inc. Jake Erhard, ArcLight's CEO, will serve as a Director of the Proterra Board of Directors upon the closing. ArcLight's Class A common stock is currently traded on NASDAQ under the symbol "ACTC." In connection with the closing of the transaction, Proterra ordinary shares and warrants will be Nasdaq-listed under the new ticker symbols "PTRA" and "PTRAW," respectively.

The Record Date determines the holders of ArcLight's Class A ordinary shares entitled to receive notice of and to vote at the Extraordinary General Meeting, and at any adjournment or postponement thereof, whereby shareholders will be asked to approve and adopt the Business Combination, and such other proposals as disclosed in the definitive proxy statement included in the Registration Statement. If the Business Combination is approved by ArcLight shareholders, ArcLight anticipates closing the Business Combination shortly after the Extraordinary General Meeting, subject to the satisfaction or waiver (as applicable) of all other closing conditions.

About Proterra
Proterra is a leader in the design and manufacture of zero-emission electric transit vehicles and EV technology solutions for commercial applications. With industry-leading durability and energy efficiency based on rigorous U.S. independent testing, Proterra products are proudly designed, engineered and manufactured in America, with offices in Silicon Valley, South Carolina, and Los Angeles. For more information, visit: http://www.proterra.com and follow us on Twitter @Proterra_Inc.

In connection with the Business Combination, the Registration Statement has been declared effective by the SEC, which includes the related proxy statement and prospectus of ArcLight with respect to the Extraordinary General Meeting. ArcLight's shareholders and other interested persons are advised to read the Registration Statement and the related proxy statement/prospectus and any documents filed in connection therewith, as these materials will contain important information about Proterra, ArcLight, and the Business Combination. The definitive proxy statement and related materials are being mailed to ArcLight's shareholders who were holders of record as of May 4, 2021. The documents filed by ArcLight with the SEC may be obtained free of charge at the SEC's website at www.sec.gov. In addition, the documents filed by ArcLight may be obtained free of charge from ArcLight at https://www.arclightclean.com or by directing a request to: ArcLight Clean Transition Corp., 200 Clarendon Street, 55th Floor, Boston, MA 02116.

ArcLight, Proterra and their respective directors, executive officers, other members of management and employees, under SEC rules, may be deemed to be participants in the solicitation of proxies of ArcLight's shareholders in connection with the Business Combination. Investors and security holders may obtain more detailed information regarding the names and interests in the Business Combination of ArcLight's directors and officers, and Proterra's directors and executive officers, in ArcLight's filings with the SEC, including the Registration Statement.

This press release is not a proxy statement or solicitation of a proxy, consent or authorization with respect to any securities or in respect of the potential transaction and shall not constitute an offer to sell or a solicitation of an offer to buy the securities of ArcLight, Proterra or the combined company, nor shall there be any sale of any such securities in any state or jurisdiction in which such offer, solicitation, or sale would be unlawful prior to registration or qualification under the securities laws of such state or jurisdiction. No offer of securities shall be made except by means of a prospectus meeting the requirements of the Securities Act. 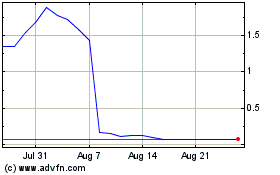 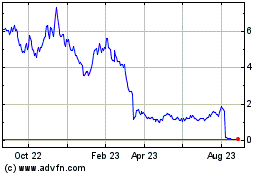 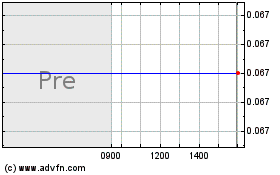