U.S. stocks bounced around the flatline Thursday as investors sold shares of healthcare and energy companies.

The S&P 500 fell 0.1% shortly after the opening bell, while the Nasdaq Composite slid 0.4%, putting the tech-heavy benchmark on pace for a fifth straight daily decline. The Dow Jones Industrial Average added around 73 points.

Many healthcare stocks in the S&P 500 traded in the red after the U.S. said a day earlier it would support the temporary waiver of intellectual property provisions that would allow developing countries to produce Covid-19 vaccines created by pharmaceutical companies. Vaccine makers including Pfizer and Johnson & Johnson were among the market's losers on Thursday.

Still, major U.S. indexes stand at or close to all-time highs, bolstered by a surge of economic growth and corporate earnings as restrictions on some activities are relaxed. Some investors say the speed of the U.S. recovery, which stands in contrast to some other regions where Covid-19 vaccines aren't as widespread, will keep stocks on an upward trajectory.

The Labor Department said jobless claims dipped below 500,000 last week for the first time during the Covid-19 pandemic as layoffs declined and hiring accelerated. Initial claims for unemployment benefits, a proxy for layoffs, fell to 498,000 from 590,000 a week before.

The upbeat economic news appeared to have little impact on the market though as investors focused on corporate developments.

Energy stocks in the S&P 500 slipped 0.8% alongside a mild pullback in oil prices.

Elsewhere, shares of Etsy dropped more than 12% after the online crafts marketplace projected a decline in revenue in the second quarter.

News Corp, The Wall Street Journal's parent company, and Beyond Meat are scheduled to report earnings after markets close.

Yet many companies beating forecasts have seen a lackluster response in their share price. Some investors say that is a sign, alongside recent volatility in tech stocks, that the rally that began last March is beginning to flag.

In the bond market, the yield on 10-year Treasury notes slipped to 1.583% from 1.584% Wednesday. Yields, which move in the opposite direction to bond prices, have fallen for four consecutive days.

--Michael Wursthorn contributed to this article. 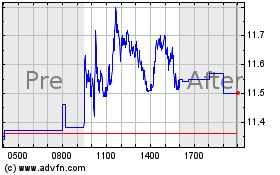