Check the appropriate box below if the Form 8-K filing is intended to simultaneously satisfy the filing obligations of the registrant under any of the following provisions (see General Instruction A.2 below):

Bank of Commerce Holdings (the “Company”) and its wholly owned subsidiary Merchants Bank of Commerce (the “Bank”) have announced that on July 21, 2020 the Board of Directors of the Company (the “Board”) appointed Carl W. Rood as Executive Vice President and Chief Operating Officer of the Company and the Bank, effective August 1, 2020.

Mr. Rood, age 63, most recently has served as Senior Vice President and Chief Risk Officer of the Bank since October 2016. Prior to joining the Company and the Bank, Mr. Rood was Executive Vice President, Chief Risk Officer of First National Bank of Santa Fe. He has more than 30 years of experience serving similar positions in the banking industry. Mr. Rood holds a Bachelor of Science in Business Administration with a concentration in finance from California State University, Sacramento. He also received a certificate from American Bankers Associations Regulatory Compliance School. Mr. Rood is a Certified Internal Auditor (CIA).

Mr. Rood does not have an interest in any transactions requiring disclosure under Item 404(a) of Regulation S-K. There are no family relationships between Mr. Rood and any of the Company's directors or other executive officers. Other than as described below, there are no arrangements or understandings between Mr. Rood and any other persons or entities pursuant to which he has been appointed as Executive Vice President and Chief Operating Officer.

The Executive Compensation Committee of the Company approved the following specific terms of Mr. Rood’s compensation as of the Effective Date: (i) an annual base salary of $285,000; (ii) an award of 10,000 shares of restricted stock vesting in five equal annual installments beginning on August 6, 2021; and (iii) eligibility for incentive opportunities as a percentage of his annual base salary pursuant to the Company’s Executive Management Short-Term Variable Incentive Program (“Annual Bonus”), the Company’s Executive Management Long-Term Variable Incentive Program, and as authorized by the Board or the Board's Executive Compensation Committee.

Under the Employment Agreement, if Mr. Rood’s employment is terminated for disability or death, he will be entitled to receive in a lump sum an amount equal to one quarter (1/4) of Mr. Rood’s current annual base salary and the average of the Annual Bonus for services during the preceding three (3) calendar years (or Mr. Rood’s period of employment, if less than three (3) years) (“Total Compensation Package”), calculated as of the date of termination. If Mr. Rood’s employment is terminated for any reason other than for Cause, disability or death, Mr. Rood shall be entitled to severance pay in an amount equal to one times (1.0x) Mr. Rood’s then Total Compensation Package. Regardless of the termination reason of disability, death or any reason other than for Cause, in addition to the Total Compensation Package, Mr. Rood shall also receive any accrued incentive awards and vacation accrued, but not taken as of the date of termination; and an amount equal to the amount necessary to pay Mr. Rood’s COBRA premiums for continuation of group health insurance coverage for 18 months based on such premiums in effect on the date of Mr. Rood’s termination; provided, that Mr. Rood shall not be obligated to use such lump-sum payment exclusively for payment of COBRA premiums.

In the event of termination in connection with a change in control, the Employment Agreement provides that Mr. Rood shall be entitled to be paid in lump sum two (2) years’ salary, and an amount equal to one times (1.0x) the average of the Annual Bonus for services during the preceding three (3) calendar years (or Mr. Rood’s period of employment, if less than three (3) years).

The Employment Agreement further provides that any payments or benefits that constitute “parachute payments” within the meaning of Section 280G(b)(2)(A) of the Internal Revenue Code, shall be reduced in a manner determined by the Company and the Bank (by the minimum possible amounts) that is consistent with the requirements of Section 409A of the Internal Revenue Code until no amount payable to Mr. Rood will be subject to the excise tax. Additionally, if two economically equivalent amounts are subject to reduction but are payable at different times, the amounts shall be reduced (but not below zero) on a pro rata basis.

All severance payments upon termination are subject to Mr. Rood’s execution of a general release of claims against the Company and the Bank. Under the Employment Agreement, he has also agreed not to compete with the Bank, and not to solicit any existing or potential customers or individuals or entities with whom the Bank is negotiating for the Bank’s services to leave the Bank, while employed by the Bank and for one (1) year following termination of employment. 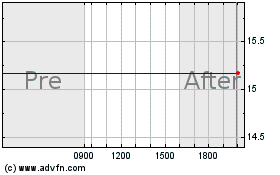