Ann Mukherjee is a spirits executive who often speaks about the devastating role alcohol has played in her life: When she was a child, she was sexually assaulted by a man who was drunk, and when she was a teenager, her mother was killed by a drunken driver.

Since taking the helm as chairman and chief executive of Pernod Ricard SA's North American business in late 2019, she has put those experiences at the center of her business strategy. She introduced an Absolut Vodka marketing campaign tackling the subject of sexual consent. Pernod, which also makes Malibu rum and Jameson Irish whiskey, has expanded into low- and no-alcohol offerings as some consumers choose to drink less. And Ms. Mukherjee has taken public stances on racial justice and other issues, arguing that CEOs can't stand on the sidelines.

"Employees today...they want to know what you stand for," she said. "Staying silent is also a choice."

Ms. Mukherjee, who was born in India and raised in the U.S., now lives in Dallas. In this edited interview from The Wall Street Journal's Future of Everything Festival this week, she talked about responsible leadership and how the pandemic has changed the workplace for the better.

WSJ: You've been really open about the tragic role alcohol has played in your life. Could you share more about that decision?

Ms. Mukherjee: Given the pain I've gone through, I never want it to happen to others. So if I really want change in this world, I have to walk into the fire. This is a company that feels very deeply about responsibility, and it's given me a chance to make a positive dent in the universe.

WSJ: It's so easy for a brand to make a wrong move right now. You took a risk last year with Absolut Vodka's "Sex Responsibly" campaign. Tell us how you made sure to set the right tone.

Ms. Mukherjee: Any chance you take with a brand has to be authentic. With Absolut, it's always been a brand of provocation. Whether that was gay rights in the '70s, it's a brand that has brought tough issues to the forefront.

There are a lot of things we stand against, but nobody really takes on the issue that alcohol is at the intersection of a lot of issues. If you truly want to be responsible, you can't hide behind it. There are a lot of people that use alcohol as a way to perpetrate violence. And it's time for us, if we are asking consumers to be responsible, to stand up and talk about what that means.

WSJ: What's the next taboo subject you'd like to tackle?

Ms. Mukherjee: The next one we're going to talk a great deal about is: As we come back from Covid and mix responsibly, how do we keep respect at the center? There are a lot of different viewpoints in this country, and that's OK. But let's remember to respect each other. If there are some people who want to wear their mask, let's respect that. If some people want to engage a little bit differently, let's respect that.

WSJ: Is the idea of corporate social responsibility changing?

It's in that intersection of understanding about doing what is right. That's going to mean different things for different companies, but it's really important that companies and CEOs at least understand what it means for their company. And they, as CEOs, need to act on it. Sitting on the sidelines isn't possible anymore for any leader.

WSJ: How do you respond to CEOs who say, 'I don't want to be an activist. I just want to run my company and stay out of the fray'?

Ms. Mukherjee: Unfortunately, we are all in the fray. We're in the fray because we work in a social microcosm that intersects with our business. And people just don't want to join companies. They want to buy into the company that they're joining.

WSJ: When you and I spoke last summer in a Zoom call, George Floyd had recently been killed and you had 'BLM,' for Black Lives Matter, painted on your nails. Why did you do that?

Ms. Mukherjee: I was experiencing people struggling in meetings. I had people want to cancel meetings. And I realized this had struck a chord among my people. So I shut down all my meetings and went on a listening tour for about a couple weeks. I will tell you, the pain people were experiencing -- there were also people who didn't understand the movement. I put the cause on my nails so people could see it visibly mattered.

WSJ: Many companies are talking about diversity, equality and inclusion right now. What are some changes that could really make a difference and what is just window dressing?

Ms. Mukherjee: People who are chasing numbers are window dressing. We at Pernod Ricard have something I think is beautiful. It's called 'better balance.' We have to reflect the society and the consumer base we serve, and that means balancing all perspectives.

One of the big tensions here is, yes, I need to make sure every minority group is represented. But I work for a French company. There are a lot of brilliant white French people at our company. They are just as important and matter just as much as every diverse group.

WSJ: Most of your time as CEO has been with a large number of your employees working from home. How has that changed your thinking about remote and flexible work?

Ms. Mukherjee: We have to ask ourselves, what is a purposeful meeting? People in the past would just get on a plane without thinking about it. What we're looking at now isn't just the cost. It's about the carbon footprint we're putting on the planet when we keep putting ourselves on planes.

And, how is it that we're saying no to potential employees who could be great for our business but maybe they can't move to a particular city? We are re-evaluating everything.

Look, we still need to see people. But we can be thoughtful about how we do it. 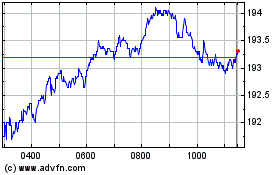