Carrefour shares fell Monday after a proposed takeover by Canadian convenience-store operator Alimentation Couche-Tard Inc. was discontinued by the two companies amid opposition from the French government.

The companies said Saturday that takeover talks had ended after the French government said it would block any takeover bid for Carrefour. Couche-Tard had previously made a non-binding takeover offer of 20 euros a share, valuing the company at around 16.1 billion euros ($19.44 billion).

After news of the takeover was reported, French Finance and Economy Minister Bruno Le Maire expressed firm opposition, pointing to the group's employee base in France and its importance to food distribution nationwide. He reportedly confirmed this opposition to Couche-Tard Chairman Alain Bouchard in a closed-door meeting in Paris on Friday.

The government's opposition to the deal may have been prompted by a desire not to lose votes to the protectionist far-right in next year's presidential elections, Bryan Garnier analyst Clement Genelot said. Since this is the only major barrier to a deal, a resumption of talks post-election remains a possibility, he added.

According to Citi analyst Nick Coulter, while the acquisition would have been "pragmatic and shareholder friendly", Carrefour should now increase its attractiveness by itself using its stronger asset base to drive substantial free cash flow. Carrefour's French business could be set to improve its profitability, he said, noting that Carrefour's best country manager has recently arrived to head the section.

In the meantime, the market will turn its attention to the company's performance in 2020, Bryan Garnier said. The investment bank increased its expectations for Carrefour's performance in the fourth quarter, largely due to successes in France and Latin America. 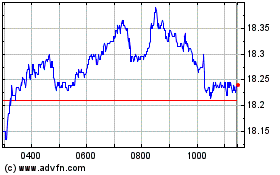