Indicate by check mark if the registrant is submitting the Form 6-K in papers as permitted by Regulation S-T Rule 101(b)(1):  ☐

Indicate by check mark if the registrant is submitting the Form 6-K in papers as permitted by Regulation S-T Rule 101(b)(7):  ☐

TSMC Announces Completion of Offering of US$4.5 Billion of Senior Unsecured Notes

TSMC and TSMC Arizona intend to use the net proceeds of the sale of the Notes for general corporate purposes.

This document shall not constitute an offer to sell or the solicitation of an offer to buy any securities nor will there be any sale of these securities in any state or other jurisdiction in which such offer, solicitation or sale would be unlawful prior to registration or qualification under the securities laws of any such state or other jurisdiction. An automatic shelf registration statement (including a prospectus) relating to the offering of Notes was filed with the United States Securities and Exchange Commission (the “SEC”) on October 18, 2021, and became effective upon filing. The offering of the Notes was made only by means of a prospectus included in that registration statement, the preliminary prospectus supplement and the final prospectus supplement. 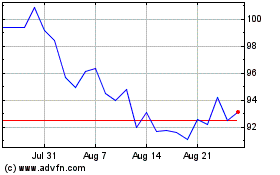 Taiwan Semiconductor Man... (NYSE:TSM)
Historical Stock Chart
From May 2021 to May 2022 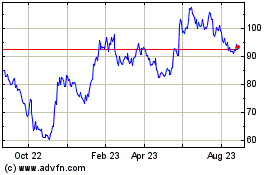 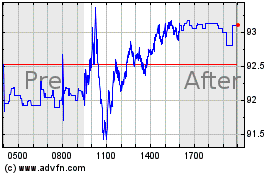